Tight end Anthony McCoy, who underwent surgery last week to repair a torn Achilles tendon he suffered during the team’s first OTA session, has been waived from the club with the designation of injured, the team announced this morning. 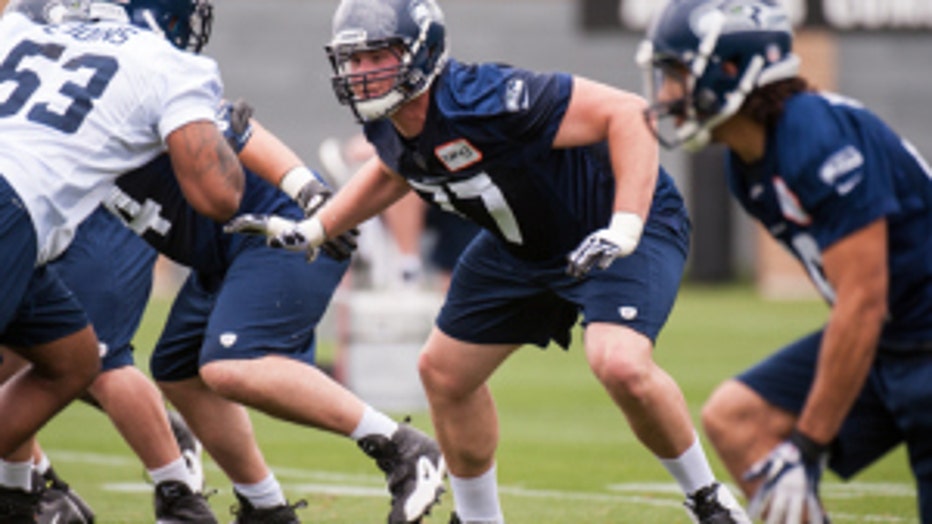 As a result of the injury, McCoy was expected to miss a good chunk of time in 2013. He was originally selected by the Seahawks in the sixth round of the 2010 NFL Draft out of USC and saw action in all 18 games last season, catching 18 balls for 291 yards and three touchdowns. Often lining up in two tight end sets with No. 1 tight end Zach Miller, McCoy was the team’s first player to top 100 yards receiving a year ago, when he had three catches for 105 yards in the club’s 58-0 win over the Arizona Cardinals in Week 14.

In McCoy’s place, the team announced the signing of tackle Jake Bscherer, a 6-foot-6, 305-pound product who spent his senior season at Minnesota-Duluth after three years at the University of Wisconsin. Bscherer took part in the Seahawks’ three-day rookie minicamp that was held earlier this month and he is the fifth player from that workout to sign on with the club, joining defensive end Benson Mayowa, tight ends Victor Marshall and Darren Fells, and wide receiver Justin Veltung.