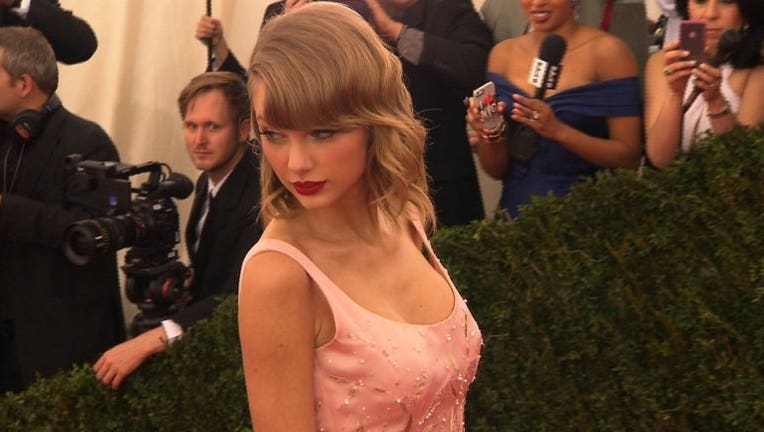 Taylor Swift on the red carpet before the The Metropolitan Museum of Art's Costume Institute benefit gala in New York City, Monday, May 5, 2014.

LOS ANGELES -- It's Taylor Swift to the rescue.

The superstar singer's "1989" album is forecast to sell more than 1.3 million copies through November 2, according to The Hollywood Reporter. That would break both the one-week sales record for an album by a female artist, set by the debut of Britney Spears' "Oops! ... I Did It Again" in 2000, and the weekly sales record for any album since 2002, when Eminem's "The Eminem Show" sold 1.322 million during its first full week.

The new records would help redeem what's been a rough year for the music industry, which has not seen a single artist go platinum in 2014, despite offerings that generated tons of buzz, including Beyonce's secret album and Lorde's "Pure Heroine."

If Swift pulls it off, it will also be her third consecutive album to sell more than a million copies in the first week.

The singer started sowing the seeds for the album's success well before it dropped October 27.

She told NPR that a few months ago, she embarked on the "1989 Secret Sessions," in which she "spent months picking fans on Instagram, Tumblr, Twitter -- people who had been so supportive and had tried and tried to meet me, had been to five shows or however many events but had never met me before."

Those fans were invited to listening parties at her various homes and encouraged to talk about their experiences but asked to not leak specifics, including lyrics. They abided by the rules, she said.

"They didn't talk about lyrics. They didn't spoil the secret for other fans," Swift said. "Two days before the album came out, it leaked online, and it was the first time I've ever had an album leak without it trending on Twitter -- because my fans protected it."