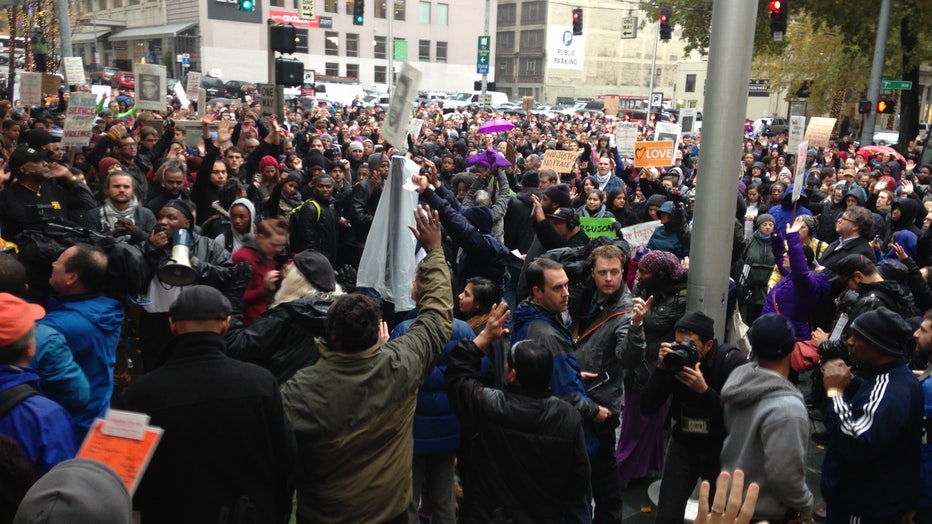 SEATTLE (AP) — Seattle police said Tuesday it has cost them more than $585,000 to provide public safety services at demonstrations protesting a grand jury decision in the death of an unarmed black man at the hands of a white police officer in Ferguson, Missouri.

That figure only covers costs directly related to the protests, police said. It also only covers demonstrations through Dec. 2.

Since Dec. 3, demonstrators have also been protesting a New York City grand jury decision in a similar case.

So far during the protests, the department has arrested 22 adults and two juveniles for investigation of offenses ranging from assault to pedestrian interference, police said. No serious injuries have been reported.

Money to cover the expenses will come from the city's general fund budget.

In comparison, police say public safety and traffic expenses related to this year's Fourth of July totaled $462,000 while police costs for this year's May Day protests were $294,000.