Repair or replace, those were the alternatives discussed among the Seattle Task Force and SDOT discussed in Wednesday's meeting on the future of the damaged West Seattle bridge.

The task force planned to discuss the cost-benefit analysis of 5 repair and replacement options provided by SDOT, but before that took place, a new option was revealed. A bridge engineer with the company HBNT, hired by SDOT, presented a rapid replacement option that would create a network arch bridge reusing existing piers and foundations. The bridge would be 40% lighter and construction would be completed by Spring 2023. This raised concern from member Dan Austin. 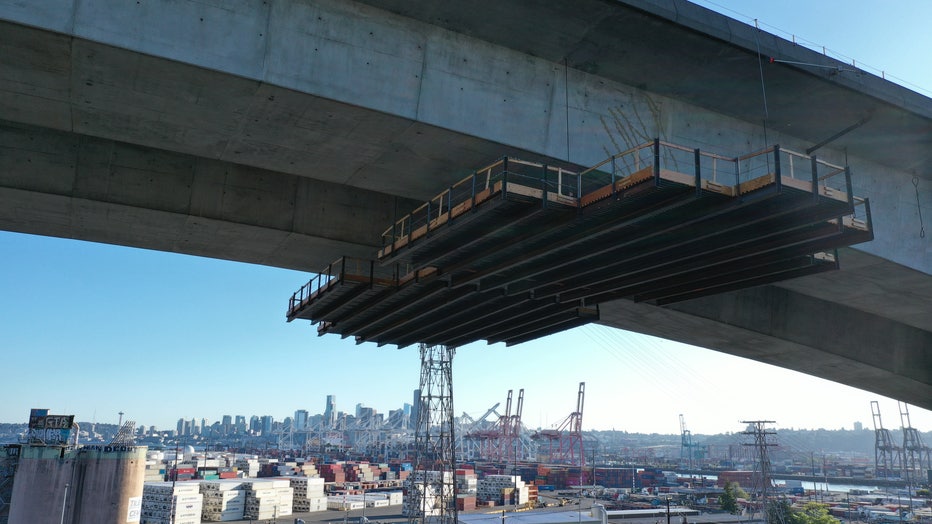 A large work platform that was raised up from the water to the High-Rise Bridge. This picture was provided by SDOT. A spokesperson said this is the first step in bridge stabilization work to give the team a moving platform on the underside of the bri

Heather Marx with SDOT agreed saying this is a tough task. Other members praised the new option, calling it intriguing and creative.

A decision won’t come any time soon. The deputy mayor says the mayor has heard loud and clear that the task force needs more time to make a decision. The next meeting is on October 28 and the mayor will be in attendance.