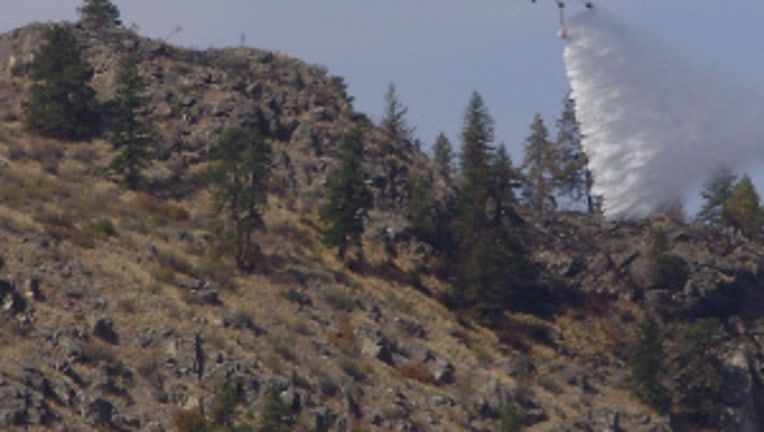 WENATCHEE, Wash. -- Last year’s Goat Fire in central Washington was caused by target shooters firing at exploding targets, according to fire investigators for the U.S. Forest Service on the Okanogan-Wenatchee National Forest.

No one has been charged yet, but a follow-up investigation is ongoing, the Forest Service said.

Located three miles southwest of Pateros, Wash., the Goat Fire started on the evening of Sept.15 and grew to more than 7,378 acres. The fire burned mostly on National Forest land, but also burned on to adjacent Bureau of Land Management and private lands under State Department of Natural Resources protection. It was originally included as part of the Okanogan Complex Wildfires.

The Goat Mountain Fire was declared controlled on Nov. 9.

The penalty for starting a wildfire could be criminal charges as well as payment of suppression costs and other damages.

Target shooters along with all forest users are encouraged to use care and check for local fire restrictions.