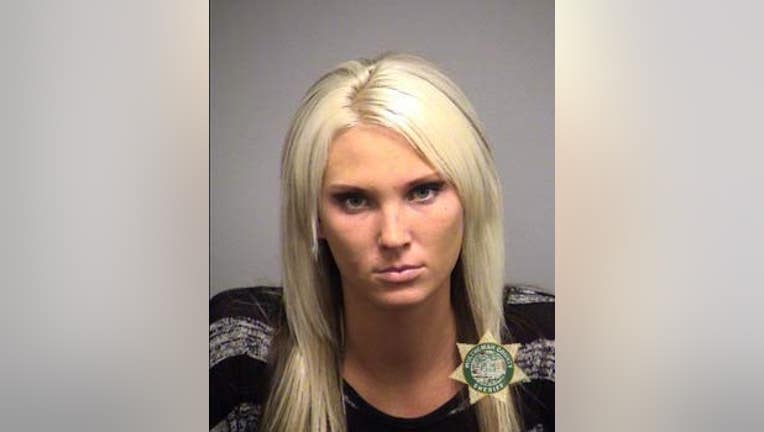 Kristin Jones, 23, of Portland, is accused of leaving a baby and toddler in a van on a 90-degree day while she went into a tanning salon.

PORTLAND (FOX12/KPTV) -- A nanny is accused of leaving a baby and a toddler in a van with the windows up while she was at a tanning salon on a 90-degree day.

Kristin Jones, 23, was arraigned in court Friday on charges of criminal mistreatment, reckless endangering, child neglect and driving while suspended.

She was arrested May 14.

According to court documents, police were called to the parking lot of a southeast Portland tanning salon on reports of children screaming from inside a van.

The officer at the scene found the Dodge Caravan and said two young children were inside covered in sweat.

The officer opened the door and took the children out. One child was almost 3-years-old at the time, while the other was just 1-month-old.

A probable cause affidavit states when the officer got close to the older child, he "felt the heat radiating from him through his bulletproof vest."

Fox 12 records show the high temperature on May 14 was 91 degrees. Meteorologists say temperatures can rise 40 degrees inside a car within an hour on a hot day.

According to court documents, Jones walked out of the tanning salon after the officer took the children out of the van.

Police reports state Jones told the officer that she was the nanny, but she had left the children with their mother in the van.

Police contacted the Department of Human Services and learned the mother had been at work all day.

Jones eventually admitted that she left the children in the van unattended and lied about it because she was scared, according to a probable cause document.