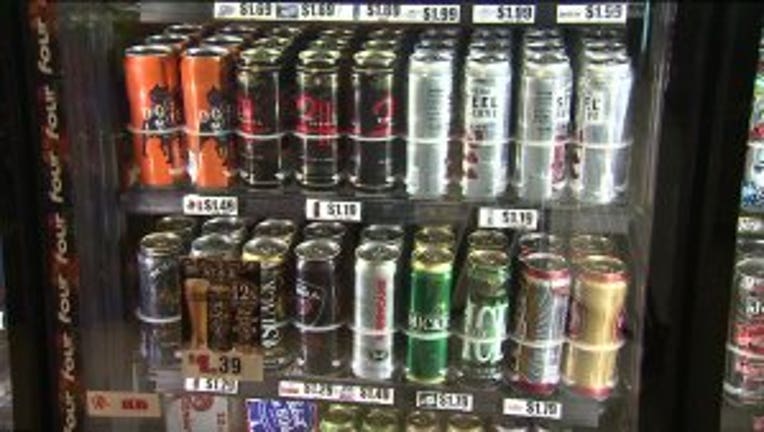 TACOMA -- Parts of Tacoma are seeing an increase in alcohol-related crimes, so the city is working to ban some forms of fortified wines and malt liquor in the worst-hit areas.

The West End Neighborhood Council is pushing to make their community an “alcohol impact area” and ban the sale of highly alcoholic drinks.

Some in the West End say public drunkenness is becoming a major problem. So the neighborhood council is working to make its area the third AIA in the city of Tacoma.

If the City Council adopts the ban, more than 45 wines and malt liquors would be pulled from the shelves, including Colt 45, Steel Reserve and Thunderbird wines.

Stores north of Highway 16 and west of 19th Street would be affected. Some business owners are worried it could hurt their bottom line.

But police say these drinks have an extremely high-alcohol content that contributes to chronic public drunkenness, which affects the whole community.

Tacoma police Lt. Daniel Still said those who abuse alcohol “go into our parks and they defecate. They scare the neighbors; they scare the kids in school ground areas. They keep the citizens from enjoying the parks; the parents won’t come by with their children and play. You’ll have alley ways that are littered with broken bottles and crushed cans of specifically these products.

“Some businesses have actually reported to us that they’ve increased their bottom line; their business is actually increasing. You’ll have less chronic public inebriants and illegal activity, unsavory activity happening around their stores,” he said.

If the City Council approves the temporary ban, store owners would have six months to get rid of their leftover product, and the city will look at new data and crime statistics later to see if the ban worked.

If it does, the drinks might be banned permanently.

The City Council will vote on the proposed temporary ban Tuesday.