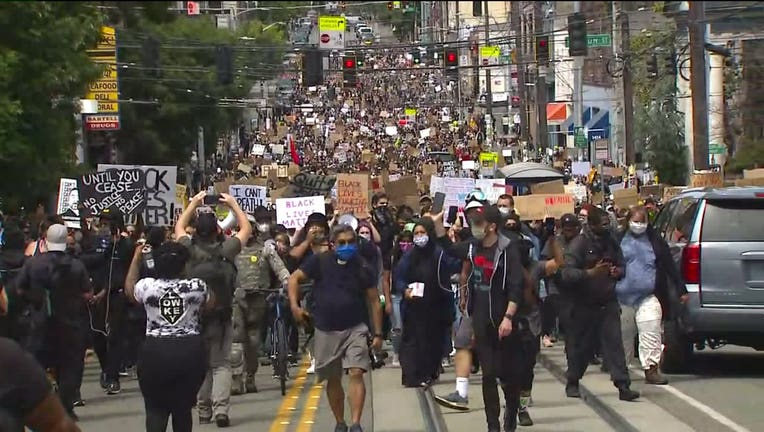 SEATTLE - A Tacoma woman pleaded guilty Tuesday for burning five Seattle police cars during the George Floyd protests in May 2020.

26-year-old Margaret Channon was arrested June 11, 2020 following an investigation by the FBI, Bureau of Alcohol, Tobacco, Firearms and Explosives (ATF) and Seattle Police Department. The Department of Justice says Channon was seen in videos from the protest in downtown Seattle setting fire to several patrol cars with a blowtorch and aerosol cans.

Investigators identified Channon based on her clothing and tattoos, seen in the video.

Channon admitted to smashing windows at a store, destroying a cash register inside a sandwich shop, and on Tuesday pleaded guilty to burning the police cars. The U.S. Attorney’s Office says she was also seen entering stores and looting clothes.

Channon’s plea deal will have her responsible for restitution; the amount will be decided at her sentencing, set for January 18, 2022. She could spend anywhere from five to 20 years in prison for arson, though both sides have agreed to recommend a five-year sentence.

The case remains under investigation by the FBI, ATF and Seattle Police.