TACOMA -- A Tacoma woman says she fell asleep at home and woke up to a thief standing by the side of her bed.

Angry and terrified, Margaret Hannigan yelled at the thief to leave her home. But the thief refused, she said, and instead he used a pillow case as a blindfold on her.

After blindfolding her, the victim said, the man grabbed her by the arm, instructing her to find her wallet. The victim said she did not get a good look at the thief and she believes there may have been an accomplice with him during the break-in.

“He said, 'Don’t look at me.' So I thought, OK, I won’t look at you. He thought he would make a little blindfold for me. He took a pillow case from a pillow and that was alarming and then he folded it and he kind of draped it gently over my eyes,” Hannigan said.

The victim tried to call 911 when the thief walked out of the bedroom for a short time but he snatched her cell before the call could go through.

The thief took that cellphone, wallet and TV.

About a half-hour after the home invasion, police said, the suspect tried to withdraw money using Hannigan's credit cards and debit cards but was unsuccessful. The suspect went to the Walgreens, TAPCO Credit Union and 7-Eleven all on Sixth Avenue to withdraw money.

The suspect is seen on surveillance video getting out of a white minivan, driven by someone else, shortly before attempting to withdraw money.

Hannigan said she believes the suspect knocked on her front door while she was asleep, so when she didn’t answer the door, the thief believed no one was home. She said he broke in through a back sliding door.

Her message for the community is to stay aware. She says if someone suspicious knocks on the door, turn on the lights or respond through the door to prevent break-ins.

If you have any information about Hannigan’s case, call CrimeStoppers at 1-800-222-TIPS. 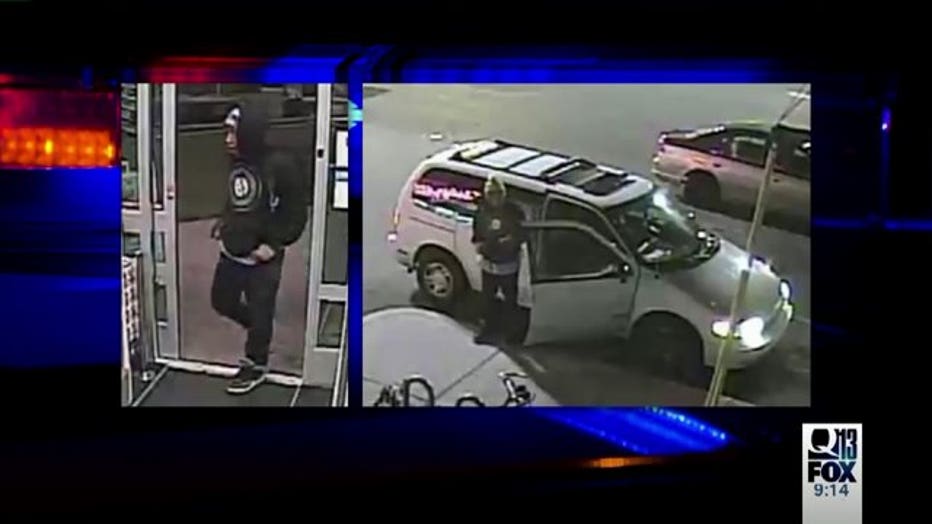