Williams can't find peace until the man who blew off his foot with a shotgun is caught. 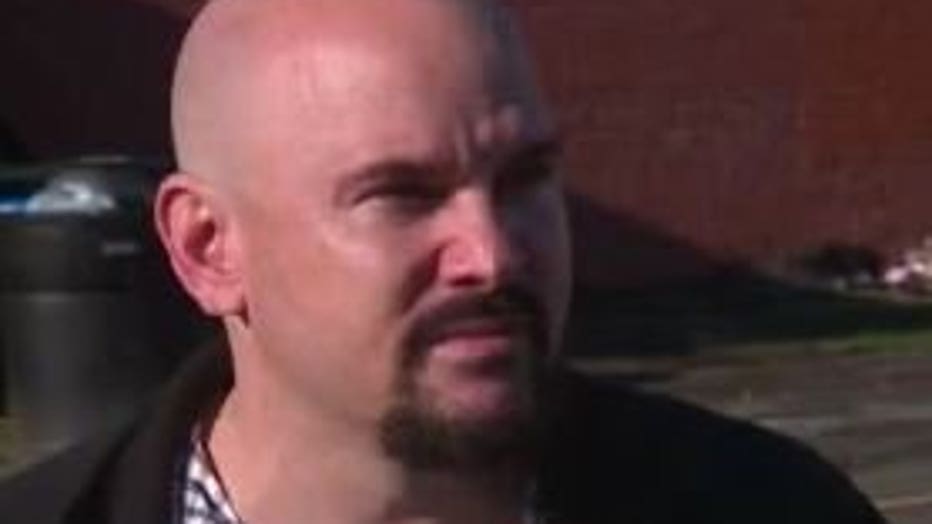 "A lady officer showed up and put a tourniquet around my leg and saved my life," said Williams.

He was sitting in his Honda Civic with the window rolled down a few inches after a night of playing pool when a suspect approached him armed with a sawed-off shotgun.

"I felt this bang hit me in the side of the head and there was a guy with a double-barreled sawed-off shotgun pointed at my head," said Williams.

He pleaded with the guy not to shoot him and told him to take his car.

"I opened the door. I'm like, 'Take it. The car's running.' I gave my car up, had my hands up, took a step out and he did what he did, literally blew my leg off," said Williams. 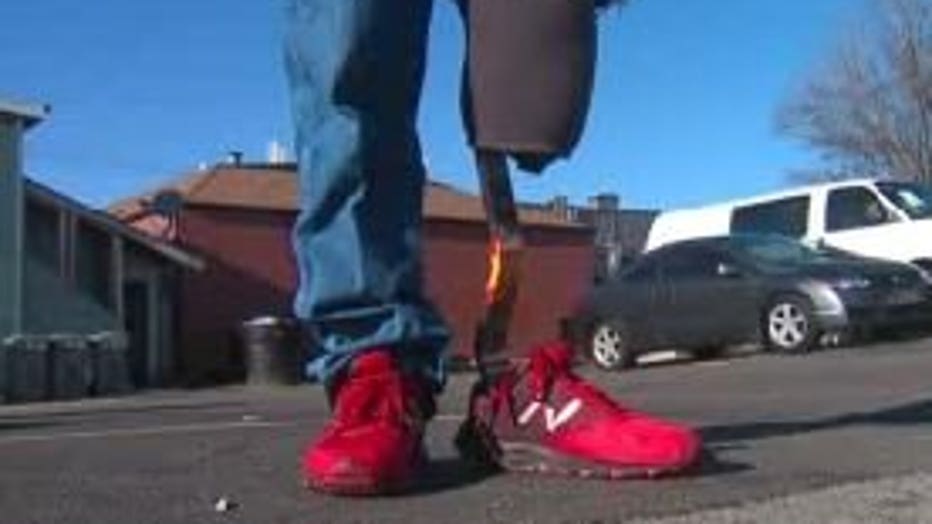 He remembers the suspect then trying to finish him off.

"He tried to shoot me again but it never went off, so he might have pulled both triggers at once," said Williams.

The suspect, who was wearing a mask, backwards hat and hoodie, then stole his car.

Police later located it stripped down at 12709 57th Ave. Ct. SW in Lakewood. Detectives say while it was parked there, an unknown person of interest removed several items from the vehicle and placed the suspected shotgun behind a dumpster located at a neighboring apartment complex.

The person of interest then placed the remaining items in a shopping cart and left the area.

After a short time passed, the suspect or a second subject returned to the area on a bicycle and retrieved the suspected shotgun. Tacoma Police are asking for the public's help to ID that man.

"The bicycle is pretty distinctive. It's out in Lakewood, so hopefully somebody saw something or somebody knows this man and the bike," said Officer Loretta Cool with Tacoma Police. 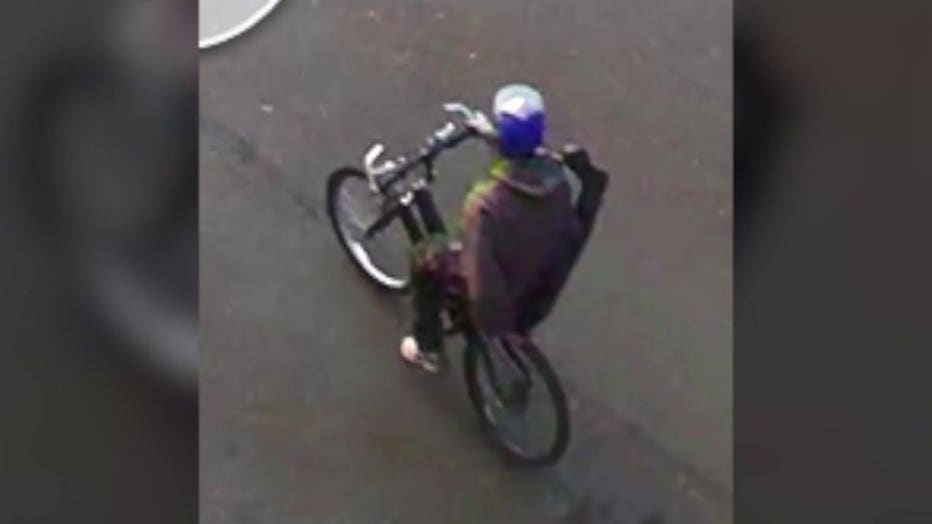 Williams says the suspect who shot him had piercing eyes and he remembers another detail.

"When I was on the ground screaming, I was looking through the window and I was looking at him and I saw an outline of his face cause he took his mask off and he brushed his hair back, so he had long kind of like dreadlocks and he looked both ways and he jumped the curb and he went that way."

Williams also thinks the carjacker may have known him because of how big his eyes got and how he mumbled something when he realized it was Williams behind the wheel. Tacoma Police have described the carjacker as Hispanic, 5'07" and 170 pounds, but Williams believes he could have been Native American.

Williams spent almost a month in the hospital after doctors removed his foot and part of his leg. A week later, he fell and broke the stitches open so he had to have more surgeries and hospitalization. He was in a wheelchair for almost a year until he got his prosthetic.

"I'm gradually trying to get used to this but it's still hurting me really bad to walk and sit down or practically do just about anything," said Williams.

He's suffering from PTSD and anxiety. A machinist by trade, Williams hasn't been able to work. He doesn't have a car and his request for Social Security Disability was denied. He is appealing.

The state's crime victim's compensation fund has helped some but everything is a struggle right now.

"It sucks and I wanna see justice," said Williams.

Crime Stoppers of Tacoma Pierce County is offering a cash reward of up to $1,000 for any information that leads to an arrest. Call 1-800-222-TIPS or use the P3 Tips App on your cell phone. You can also submit tips at www.P3Tips.com.