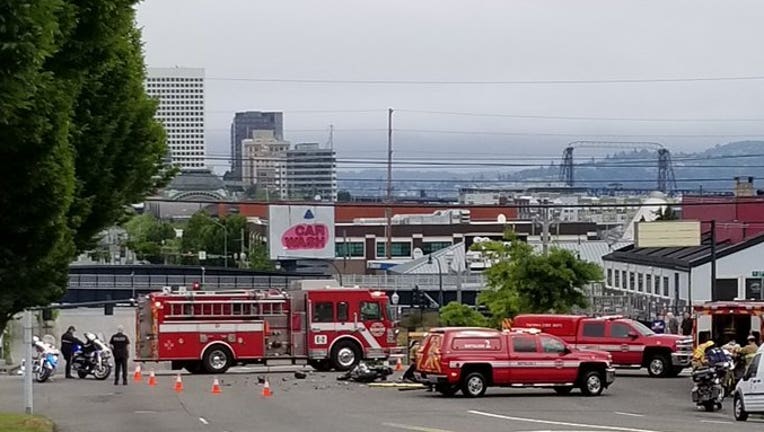 TACOMA, Wash. -- Tacoma police are investigating a deadly crash involving a motorcycle and a truck.

According to police, the crash happened around 10:00 a.m. Tuesday near Pacific Avenue and S. 27th St.

Few details were immediately released, but officers said the crash was deadly. The identity of the victim has not been released.

The intersection was blocked for several hours during the investigation but has since reopened.

Traffic safety officials say they are worried about the increase in fatal crashes involving motorcycles.

2019 held the most biker fatalities in Washington since 1982 with 92 deaths, but officials worry 2020 is on track to be far worse, as this time last year there'd been 13 fatalities, now we have 20.