TACOMA, Wash. - Since Tuesday evening, there have been more than a suspicious fires in Tacoma and Ruston, and police said they are investigating them as arsons.

Investigators said the fires happened within hours of each other.

Tacoma police said they had learned of some of the suspicious fires were not immediately reported to the fire department. 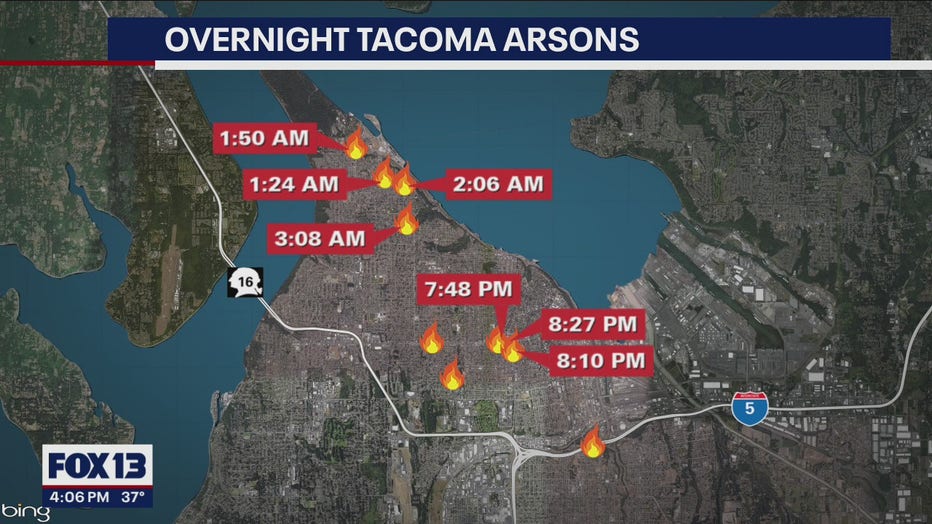 A map showing nine of at least eleven suspicious fires overnight in Tacoma and Ruston.

In response to the fires, the Ruston and Tacoma police departments said Wednesday evening that they will be doing emphasis patrols at night.

No injuries were reported from the fires.

Investigators said a suspect is not in custody.

Tacoma detectives are asking anyone with information is asked to call Crime Stoppers at 1-800-222-TIPS (8477). Ruston police are asking anyone who encounters an unfamiliar parked car to please write down and email it and its location to police@rustonwa.org or call 911 if needed.