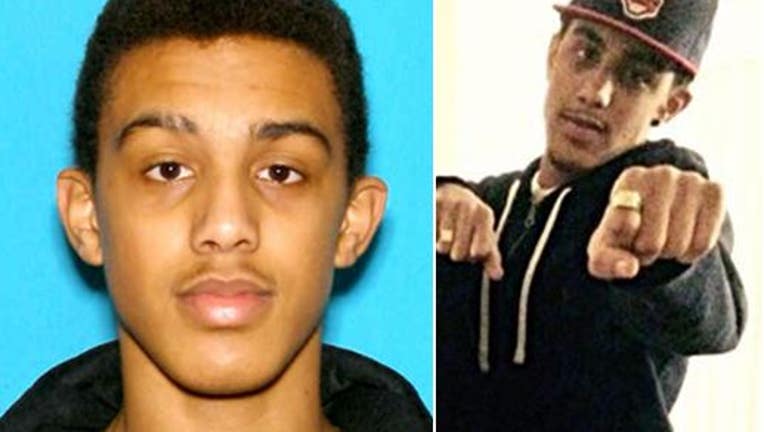 FUGITIVE CAPTURED January 27, 2015 -- Tacoma police arrested Mikael Williams on Tuesday night. FUGITIVE WANTED BY WSP MISSING and EXPLOITED CHILDREN'S TASK FORCE -- Detectives from the Washington State Patrol Missing and Exploited Children’s Task Force are seeking the public’s assistance in finding a man wanted for human trafficking. An arrest warrant has been issued for 18-year old Mikael Z. Williams, who detectives believe assisted his older brother and another man in trafficking underage girls for sex. Detectives say the three operated primarily in Pierce, King, Thurston, and Snohomish counties. The investigation began after a mother seeking the whereabouts of her runaway 15 year-old daughter located an ad on Backpage.com advertising her daughter for sex.  The mother in turn contacted law enforcement. Detectives say the investigation revealed that Curtis Escalonte, 23, and Michael Williams, 22, were engaged in trafficking underage girls for commercial sex using Tacoma area hotel rooms and advertised the girls on Backpage.com throughout early December. Both are in the Pierce County Jail charged with numerous sex-related offenses with bail set at $2 million. The wanted man, Mikael Williams, is the younger brother of Michael Williams. Detectives say they learned that Mikael Williams was aware of the sex trafficking, including renting some of the hotel rooms used, and expected to be paid for his part in the “business”. The felony warrant for Mikael Williams is for Promoting Commercial Sex Abuse of a Minor. Anyone knowing the whereabouts of Mikael Williams is asked to call 911, or an anonymous tip into: CRIME STOPPERS: 1-800-222-TIPS You must call the Crime Stoppers hotline with your tip to be eligible to receive a cash reward for information leading to a fugitive’s arrest. CLICK HERE for information on how to TEXT A TIP to Crime Stoppers.