The man accused of killing a 24-year-old Tacoma mother while her children were home has been charged with murder.

TACOMA, Wash. - The man accused of killing a 24-year-old Tacoma mother while her children were home has been charged with murder. 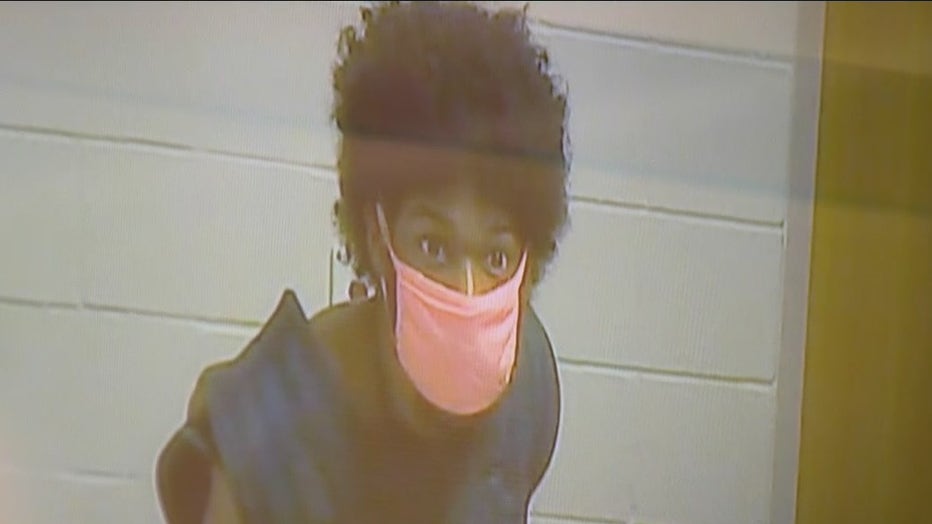 At about 10 a.m. Tuesday, Tacoma police responded to the Pacific Manor Apartments on Pacific Avenue for a welfare check at one of the units.

According to probable cause documents, dispatch advised that a witness was with several children and one of the children reported that their mother had been dead inside the apartment. The child also said there was blood and their mother had been shot 11 times by her boyfriend, who was later identified as Harvey.

When officers arrived, they had been advised that a woman had been shot and her three children were possibly in immediate danger, investigators said. The officers kicked the front door and found three children, ages 5, 3 and 2, inside the apartment.

An officer brought out the children and the officer noticed the three children had dirty clothes and their personal hygiene had been neglected, documents said. They were taken to the hospital for a medical evaluation.

Police have arrested a man after a 24-year-old mother of three was found dead in a Tacoma apartment on Tuesday morning.

According to probable cause, the oldest child told the officer that her mother’s boyfriend had shot her mother, and held a small black firearm to her head.

Officers checked the apartment and found the mother in one of the bedrooms with multiple gunshot wounds. She died at the scene, investigators said.

According to investigators, one witness said a neighbor heard a loud commotion from the apartment days before. One witness, who found the children standing on the balcony, said she was walking on the sidewalk when she heard the children crying. She called 911. Another witness heard several "loud bangs" on Monday morning and then saw a man running down the stairs and getting into a car. The witness gave officers a description and knew the man was the victim’s boyfriend. Probable cause documents said detectives spoke with a witness who saw Harvey and the victim before her death. She said that she noticed the victim had a "swollen eye and bruised arm." The victim told the witness that Harvey put a gun to her head earlier in the day.

The 5-year-old child told an officer that her mother made her food the day before and on Saturday morning. Documents also said that the girl told investigators that she was watching a movie when she could hear her mother and Harvey arguing before hearing gunshots. The girl also said Harvey then went inside her room and pointed a gun at her.

Another witness told detectives Harvey went to her home on Monday and said she hadn’t heard from him in over a week and thought he seemed "off." She didn’t want him in her home and drove him to his brother’s house.

On Wednesday, detectives contacted Harvey’s mother about his whereabouts and wanted to talk to him. She told investigators she picked him at this brother’s house on Tuesday and noticed he was not acting normal. She took him to a hospital and from there he was taken to a behavioral health facility.

Detectives contacted staff at the facility and obtained a warrant. He was located and was arrested without incident.