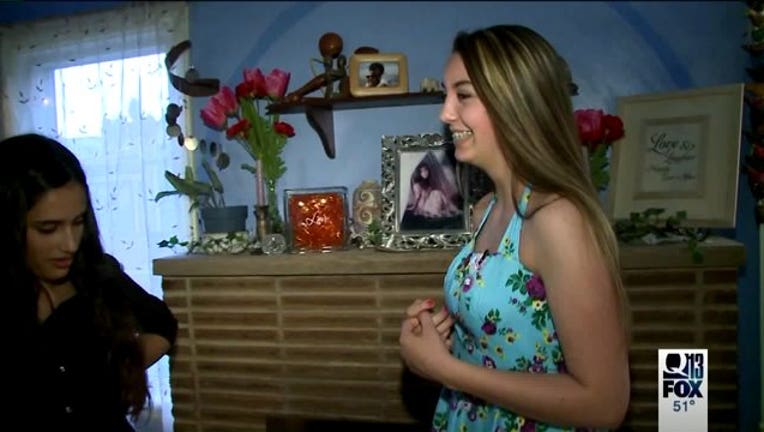 This dress would be in violation for the school dance because it doesn't cover her shoulders.

TACOMA -- Students at a Tacoma middle school are signing a petition asking the administrators to change the dress code for an upcoming dance.

The eighth-grade graduation and school dance at Mason Middle School are both on June 11 -- it's a day many of the students were looking forward to, until they saw the dress code.

Bernadette Phillips had already gotten her dress for the big event.

But this week she learned her dress would be violating the event's dress code, because it exposes her shoulders -- one of the many rules she and her friends say are dated and sexist.

"There are no dresses that have sleeves," she said. "Most of the rules are only directed to girls."

That's the reason she and fellow eighth-graders Audrey Elliot and Bianca Ponnekanti are helping to gather signatures at school and online on a petition asking the school to reconsider.

Tacoma Public Schools says each school sets their own dress code for special events. Mason Middle School has had their for more than a decade. They say the goal is to discourage body image issues and promote equity.

But these students aren't buying it.

Another item of concern is that if girls choose to wear capri or other pants, they must be dressy -- the same doesn't apply for boys.

Once organizers gather 500 signatures, they hope to take it to the school and the district in hopes a change can be made.