TACOMA -- Joshua Sullivan, 19, of Tacoma, was sentenced Friday to 16 and a half years in prison for violently shaking his 7-day-old son and causing severe injuries that required emergency brain surgery.

Sullivan had pleaded guilty on Jan. 31 to first-degree child assault. 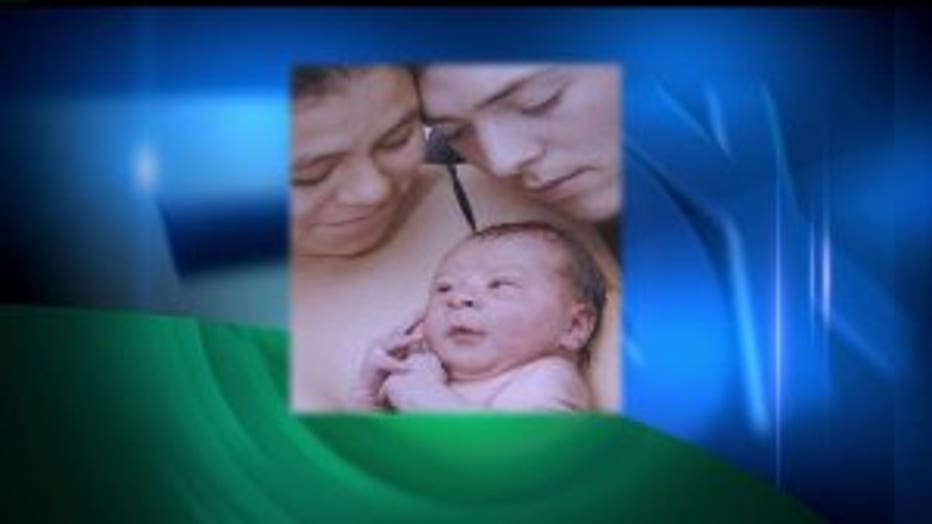 His fiancée, Amanda Kassabaum, spoke outside her Hilltop home Tuesday.  She says about a week after her son, Joshua Jr., was born, she noticed something wasn’t right.

“I saw his left eye was swollen and I didn’t think anything about it.  I thought he scratched the inside of his eye,” said Kassabaum.

Doctors at Mary Bridge Children's Hospital say Joshua Jr. also had bruises on his cheekbone, arms, back and ear, and was bleeding from his lip.  When interviewed by police, Josh Sullivan admitted to shaking the baby during a late-night feeding when he was walking up and down the stairs, and suggested that the baby's head hit the wall.

“There is no safe amount of shaking or rough handling of a baby,” said Amy Owens with Seattle Children’s Hospital.

Owens is working to educate all new parents in Washington through the Prevention Advocacy and Outreach Program.

“The main goal is to encourage all the birthing hospitals in our state to implement a prevention program called the Period of Purple Crying,” said Owens.

Amanda Kassabaum's son could have permanent brain damage from his injuries.

“They don’t know if he’s going to have any medical problems, be blind or deaf or anything, but I know I’ll be able to take care of him if they ever let me have him back,” said Kassabaum.

She says she will be in court Wednesday to support her fiancé, a man she doesn't believe hurt her baby.