On New Year's Eve, an 83-year-old was killed when a fire broke out in his home. A woman charged for 18 arsons may be linked, court documents say.

TACOMA, Wash. - A suspected serial arsonist in Tacoma is now charged with multiple counts of arson, burglary and identity theft - and investigators are looking into a possible link to a deadly fire on New Year's Eve.

According to charging documents, police worked to identify the suspect using surveillance video and a signed casino loyalty card found at one of the fire scenes.

Detectives said Ramey had in her possession a torch-type lighter and a stolen credit card used near one of the arsons. She denied having anything to do with the fires - even after detectives showed her video footage of her at the various crime scenes. 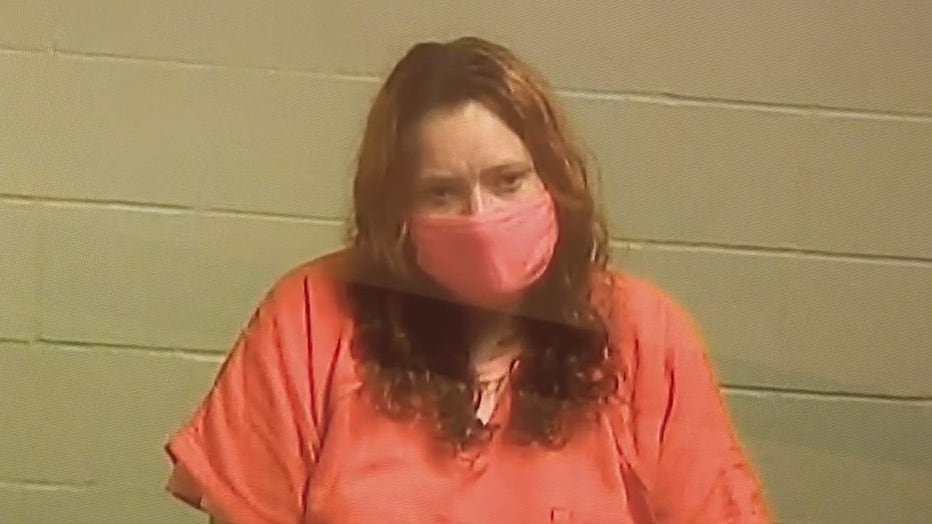 Detectives also said they found a checkbook belonging to the victim of a fatal fire on Dec. 31, 2021 in Ramey’s truck. 83-year-old James Elliot died of asphyxia in the fire at his home on Rosemount Way.

At the time, the Rosemount fire's cause was determined to be electrical, but the cause remains under investigation.

Elliott had been in his home for over 50 years and just lost his wife a month before the fire.

"They just love this house so much. It was his pride and joy and my mom‘s too," said son Dan Elliott. "They’d just walk around the yard, just talk, hang out on the porch together, just swing and enjoy and to have this taken right out from underneath of them. He worked all of his life to enjoy the latter half of it, and as far as all that he’s accumulated and all that he’s worked for, just to be taken like that, it’s just horrific. No one deserves this. No one deserves this sort of thing to happen to them."

"There were several of us who, even that night, really wondered if it was arson. So we had concerns about that all along and I think the more arsons that we kept hearing about, the more concerned we became," said neighbor and close friend Kyna. "We’re feeling like, finally, some of the puzzle pieces are coming together, and the police and the fire department are hearing some of the things that we’ve noticed.

Ramey has not officially been linked to the fire, but it did happen in the same area where the recent string of arsons happened.

According to court documents, Ramey called her mother after her arrest and asked her mother to take out all of her clothing and all the keys.

Ramey was being held in Pierce County Jail on $3 million bond. A Pierce County Superior Court judge on Wednesday increased that to $5 million saying that the suspect is considered an extreme danger to the community.

She pled not guilty on Wednesday.

Police said the suspect used gasoline and rags to start several of the fires. In one case, the suspect tried to use a homeowner's propane grill to spark the flames. In that case, the fire burned itself out before spreading or causing the tank to explode.

Timeline of string of fires

Investigators told FOX 13 that they are investigating three arsons that occurred in Ruston.

No one was injured in the fires.