TACOMA -- Regulations on cannabis use in Washington are still hazy, leading some area business owners to wade into the smoke.

Jeff Call, the owner of Stonegate Pizza and Rum bar in Tacoma recently added a private cannabis club to the restaurant.

The readily-named smoker's lounge is in-fact smoke free -- only marijuana vaporizers are used. A fact that Call said helps the bar avoid any legal issues.

"This is a private area," Call said. "Everybody is adult here. Nobody is getting wasted.”

Co-owner Michael Schaef reiterated that the club is 100 percent in accordance to I-502, a recently passed state law legalizing the recreational use of marijuana. The state liquor board is currently considering rules and regulations for pot after the passage of I-502.

“The way we see it it’s 100 percent legal," Schaef said. "The only issue we had was the smoking. And we don’t smoke.” 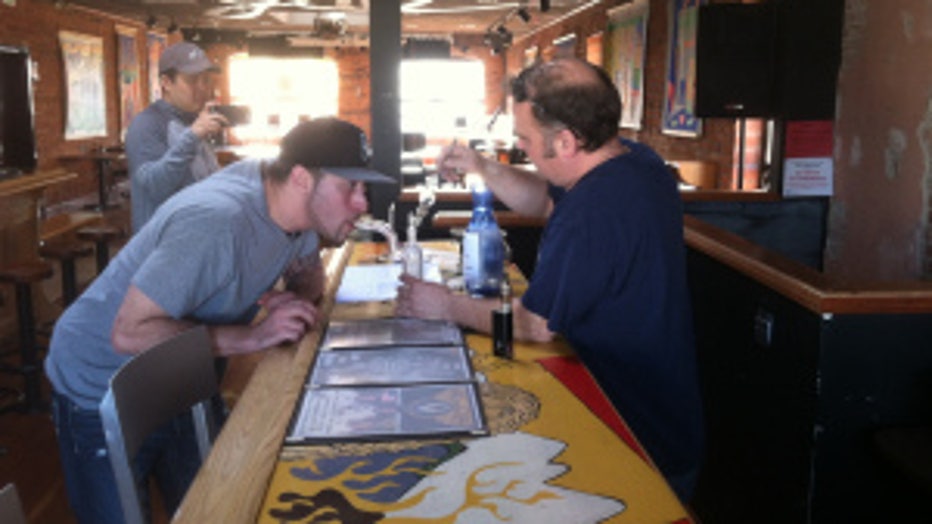 Employees called "budtenders" (rather than bartenders) assist customers with consumption and no pot is sold on the property.

“I know the Health Department has an indoor smoking ban and I don’t want to fight anybody,” Call said. "I really am trying to be responsible and do it the right way.”

In Olympia, a bar named Frankie’s operates under a similar business model. Patrons are allowed to smoke pot as long as they purchase a membership prior to entering the club.

The idea of a marijuana bar like Stonegate or Frankie's are not the first of its kind and they likely won’t be the last, Call said.

“People are going to do it anyway," Call said. "They’ve been doing it for years. It’s time to have it in a safe place.”

Schaef has even extended an invitation to Gov. Jay Inslee to come visit Stonegate.

“I’d like to have Inslee come in here and scope it out because then he’d have a whole different aspect on it,” Schaef said.