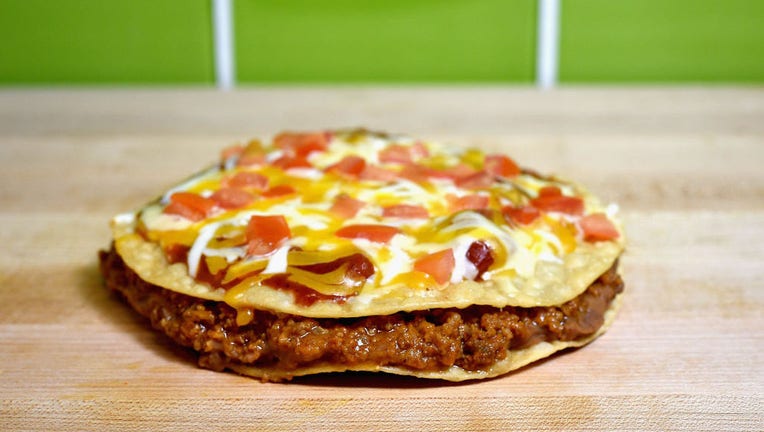 IRVINE, Calif. - After a social media outcry, the Mexican Pizza will make its much-anticipated return to Taco Bell’s menu this week. And some eager fans can even get the beloved item a day or two early.

Taco Bell eliminated the Mexican Pizza, along with four other foods, in November 2020 in an effort to create a faster and "more seamless" restaurant menu and experience.

But the fast-food chain announced last month that it would officially return nationwide in May.

When does the Mexican Pizza return?

The Mexican Pizza, made up of two crispy flour shells, layered with beans, pizza sauce, seasoned beef, tomatoes and a melted three-cheese blend, officially hits the menu on Thursday, May 19.

Taco Bell said loyalty members who register on the Taco Bell app will get first dibs with early access to the menu item beginning on Tuesday, May 17. Customers must order on the mobile app for in-store or drive-thru orders at participating locations.

Rewards members who also received a "mystery reward" during the Super Bowl LVI can also score a free Mexican Pizza on May 19.

The Mexican Pizza’s comeback coincides with an upcoming satirical musical about the beloved food — starring Dolly Parton, among others.

"Mexican Pizza: The Musical" is set to be streamed live on TikTok at 8 p.m. ET on May 26, according to Taco Bell. The fast-food chain shared a Playbill cover on its official Instagram earlier this month.

Parton, 76, also teased the upcoming musical with an Instagram post that showed the "personal and confidential" script.

Dolly Parton: The life of a leading lady in music and kindness

A quick look at the incredible life of Dolly Parton.

After the Mexican Pizza was taken off the menu in 2020, online petitions and social media campaigns began swirling among Taco Bell fans to bring it back. Grammy Award-winning rapper Doja Cat even made a plea on TikTok.

"Hi, I made a song about Mexican Pizza because I love it so much," Doja Cat explained in the opening of the video. "I wish that Taco Bell didn't discontinue it a year ago."

She went on to sing a specially-written song, with lyrics like: "I got beans, I need meat, I need a shell with the sauce and the cheese."

Parton also previously expressed her love for the Mexican Pizza during an interview with Insider in January. When asked whether Taco Bell should bring it back, the "Jolene" songstress replied enthusiastically: "I think they should!"