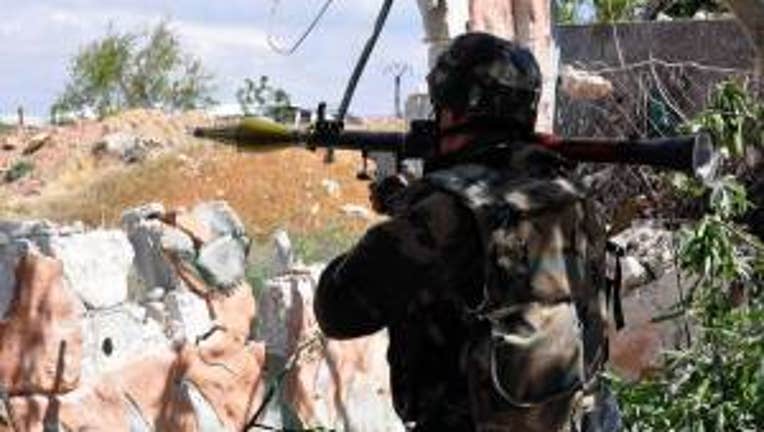 BEIRUT — Syrian government security forces and paramilitaries killed dozens of people, many of them civilians, in a five-day battle for a Damascus suburb, rebel activists and a pro-opposition nongovernmental organization said Sunday.


The Syrian Observatory for Human Rights, considered close to the opposition, said at least 80 people had been killed in the fighting in Jdeidat al Fadel, a suburb of Damascus, the capital. The British-based organization said the dead included three children, six women and 71 men, of whom 19 were fighters.

The Syrian government had no immediate comment on the report.

Syrian opposition activists gave widely varying estimates of how many had died in the fighting, with figures as high as 250.

"More than 100 martyrs have been documented," one activist group said in a statement, adding that the victims had been tortured before being "extrajudicially executed."

A rebel spokeswoman in Damascus, who goes by the name Susan Ahmed, said thousands of army and pro-government fighters had pushed into the suburb Saturday after bombarding the area with rocket and mortar fire. They also began summary executions, Ahmed said. Fighting in the war that began more than two years ago has intensified in recent months, including in Damascus, where violence has spilled into the city center. Rebels and the government have clashed over the suburbs that ring Damascus, including Jdeidat al Fadel.