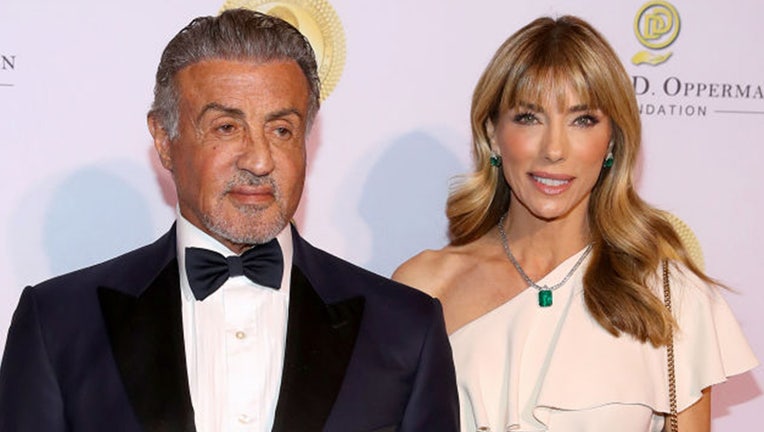 "Rocky" star Sylvester Stallone and his wife of 25 years, Jennifer Flavin, have patched up their relationship less than one month after the former model filed for divorce, according to a new report.

"They decided to meet back up at home, where they talked and were able to work out their differences," Stallone's spokesperson told the New York Post. "They are both extremely happy."

The announcement comes days after Stallone, 76, posted a throwback photo on Instagram of him and his 54-year-old wife walking hand-in-hand with their backs to the camera.

He also shared a family photo of the pair with their three daughters.

In another clue that their romance was on the mend, Palm Beach County (Florida) Judge Darren Shull signed an order Wednesday temporarily suspending the divorce proceeding to give the couple time to reach a resolution behind closed doors.

SYLVESTER STALLONE IS GOING THROUGH A DIVORCE, BUT HE'S A SUPERHERO IN HIS NEW MOVIE ‘SAMARITAN’

"The Parties agree that it is in the best interests of each of them individually, and more importantly collectively as a family, to resolve all issues attendant to the dissolution of their marriage in a dignified, amicable, and private manner out-of-court," reads the order.

"Each party is satisfied that all immediate issues have been addressed to his and her mutual satisfaction in a separately executed stipulation," the order continues. The stipulation was not filed publicly.

If they hit a roadblock in their reconciliation, Stallone or Flavin can reactivate the divorce proceedings, the court document says.

Flavin hit the "Rambo" star with divorce papers on Aug. 19 after more than three decades together.

Days earlier, Stallone covered up a tattoo of his wife on his right bicep with the mug of his beloved late pooch, Butkus, who appeared alongside him in the hit "Rocky" movies.

In court papers, Flavin accused Stallone of wasting their marital assets — a claim the actor denied.

"I love my family. We are amicably and privately addressing these personal issues," he previously told Fox News Digital in a statement.

Stallone and Flavin wed in May 1997, nearly a decade after they first met at a West Hollywood restaurant.

They had a bumpy start, with Stallone breaking off their engagement in 1994 after he thought he had fathered a child with model Janice Dickinson.

A DNA test proved he wasn't the dad, and Flavin took him back.