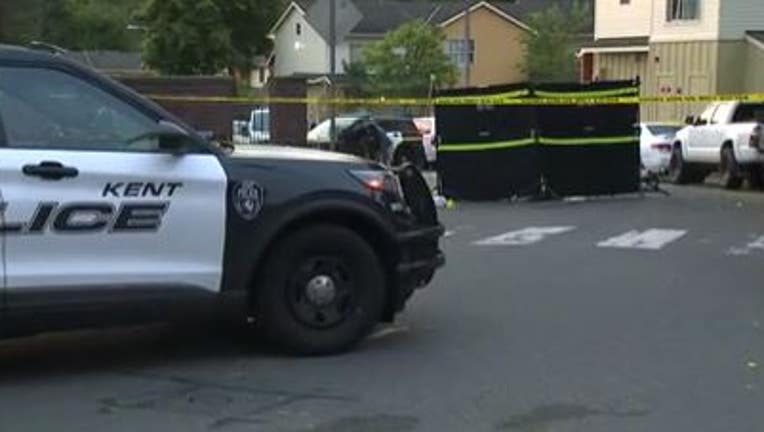 KENT, Wash. - Kent police have arrested a suspect they say pointed a gun at a neighbor before running into his apartment and barricading himself inside.

Officers responded to the Olympic Skyline Apartments on SE 253 Pl around 11 a.m. on Aug. 10 for reporters of a threat involving a weapon. Witnesses told police that a man had been arguing with his neighbors earlier, and pointed a gun at them.

Witnesses also said that when the men went back into his apartment, they heard gunshots from inside.

Due to "significant concerns for the safety of the neighbors and responding officers," the Valley SWAT team was called in.

The SWAT team responded to the location and secured the area. A trained hostage negotiator who was deployed with the team contacted the suspect.

After hours of negotiations, a warrant for the arrest of the suspect was requested and authorized by a judge.

The suspect continued to refuse to exit, so the SWAT team and the K9 unit went in to arrest him.

Two guns were recovered from the suspect's possession, and the suspect was taken into custody with minor injuries.