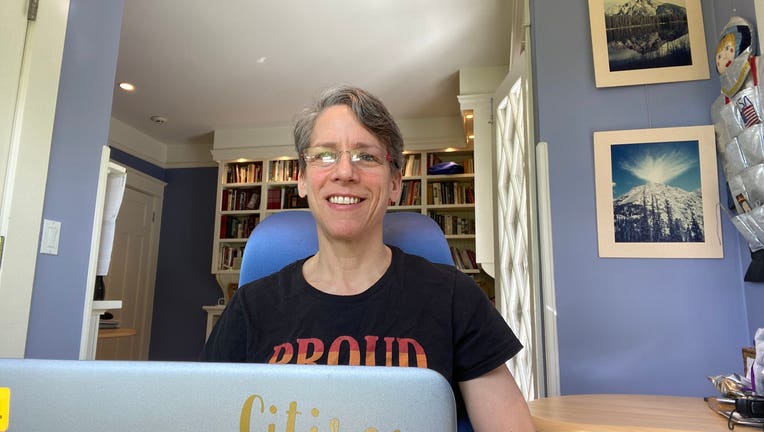 OLYMPIA, Wash. - Suzi LeVine is leaving her job as the head of the state's unemployment agency to take a job in the Biden administration.

Her departure from the Employment Security Department is effective Feb. 1, according to a news release from ESD. LeVine said the White House will release specifics about her new role in February.

LeVine, who helped to launch the state's new paid family and medical leave program, was thrust into the spotlight this year when more than a million people in Washington lost their jobs due to the pandemic.

She oversaw the disbursement of more than $13.5 billion in benefits - and also took heat when Nigerian scammers stole hundreds of millions of dollars by filing fraudulent unemployment claims. The state has since recovered at least $300 million in stolen funds.

"I wish Suzi the very best in her next adventure. Her dedication and hard-work will add value to the Biden-Harris administration. In our state, she led the Employment Security Department through an extremely challenging time and I never doubted that she had the best interests of working Washingtonians at the heart of all her endeavors," Gov. Jay Inslee said.

Inslee appointed LeVine to lead the unemployment agency in July 2018. Before that, she served as U.S. Ambassador to Switzerland and Liechtenstein under the Obama-Biden administration and previously worked in the private sector for Microsoft and Expedia.

"I have loved every minute of my job here at ESD, even the ones that have been the most difficult," said LeVine. "From the moment I started with the agency, I recognized my role as Commissioner is a position with profound purpose that has a positive impact on millions of lives as well as no shortage of really hard problems to solve. I am humbled and honored to have served my state in this way these past two and a half years and look forward to applying my accumulated knowledge and experience to some of the hardest challenges our nation has ever faced."

Cami Feek, the agency’s deputy commissioner and chief operating officer, will step in as the acting commissioner for ESD until Inslee appoints a permanent replacement.

A yoga studio owner responds to the pandemic and the hundreds of thousands in loans she had to take out in order to stay in business during the state's restrictions.