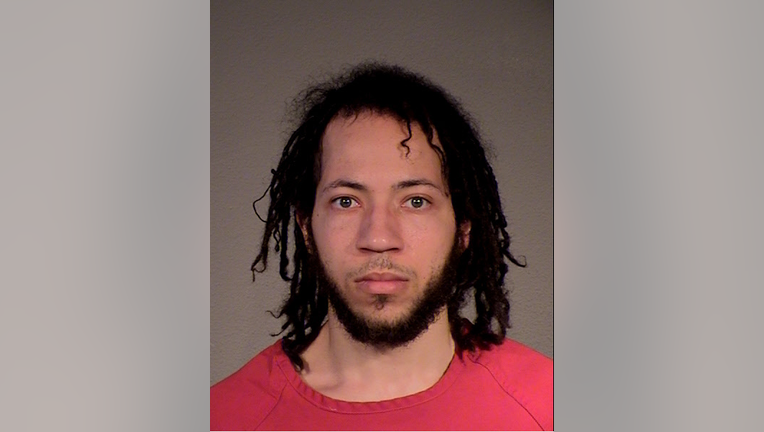 CASE UPDATE July 28, 2016 --
Tukwila Police now need your help finding Trevor Utley -- one of the suspects accused of attacking a loss prevention officer at a department store at the Southcenter Mall.

The main thief shown below -- who was featured on WMW last week -- was arrested over the weekend in Tigard, Oregon.

Tukwila Police say he was in a stolen vehicle that had been involved in at least one pursuit in Tigard that hit speeds of 130 mph before it was terminated for safety reasons.  A day or two later, Tigard Police found the same vehicle outside a pawn shop as the suspect was trying to pawn a stolen pistol. Police swarmed in and made the arrest.

He's in custody in Washington County,  Oregon pending charges there and police say he will be extradited to King County to face charges there, as well.

If you know where Trevor Utley is hiding, call an anonymous tip into:
CRIME STOPPERS: 1-800-222-TIPS 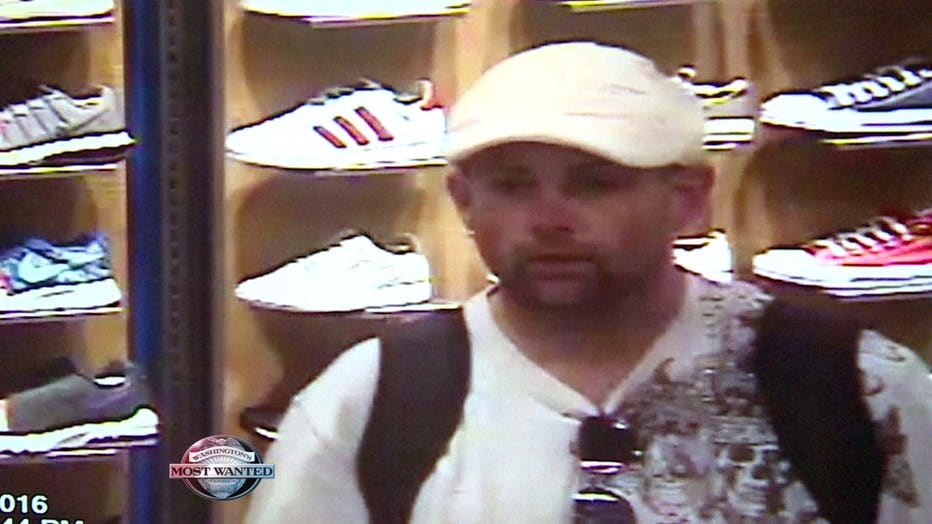 FUGITIVES WANTED IN TUKWILA July 22, 2016 --
Take a good look at the robbery suspect at Southcenter Mall in Tukwila.

He's wearing a white hat and t-shirt with sunglasses hanging from his neck. I want you to really focus on his face because this is the best look we have of him.  Police say he has a tattoo of a cross under his right eye and an unidentified tattoo under his left eye. He walks with a noticeable limp.

Surveillance video shows him pick out three polo shirts while a loss prevention officer was watching him on the cameras. He walks over to the shoes and you can see the big backpack he's carrying. He then turns around and heads straight back towards the camera as it follows him. He walks around a column and into the women's workout section and right there is where you can see him rolling up the shirts as he heads out the door. As he leaves the store security tries to stop him. They exchange words and then the officer pushes the suspect back towards the door in an effort to detain the suspect and try to get the shirts back, The thief eventually drops the shirts, is hanging on to the door for dear life, then the two turn and the struggle continues off camera -- and this is where the case turned into a robbery. “At this point the suspect hauls off and just slugs the protection officer in the face and is joined by two other suspects who also get in on the assault and start kicking the asset protection officer while he's on the ground,” says Ret. Det. Myrle Carner with Crime Stoppers of Puget Sound.

The thief and his thug buddies took off in a stolen vehicle and police think they may be involved in other crimes as well.

If you can identify this robbery suspect for Tukwila police, call an anonymous tip into:
CRIME STOPPERS: 1-800-222-TIPS