SACRAMENTO -- A man whose body was found hanging from a downtown Sacramento, Calif. building Monday, nine stories up, appears to be a tagger who was attempting the vandalize the property, authorities say.

The man had used rope to tie himself in a seated position like a rappeller, authorities said. The rope was tied off with a window washing anchor, and fire officials believe that that anchor could have held his weight. But they don't think he was a window washer.

The Sacramento Bee reported that the man had two pieces of rope looped around his body in a style used by rock climbers. The man was identified as Craig Michael Fugate, 20, who grew up in Concord but was recently living in Vancouver, Wash. According to the Bee, Fugate was recently discharged from the Navy on a disability. 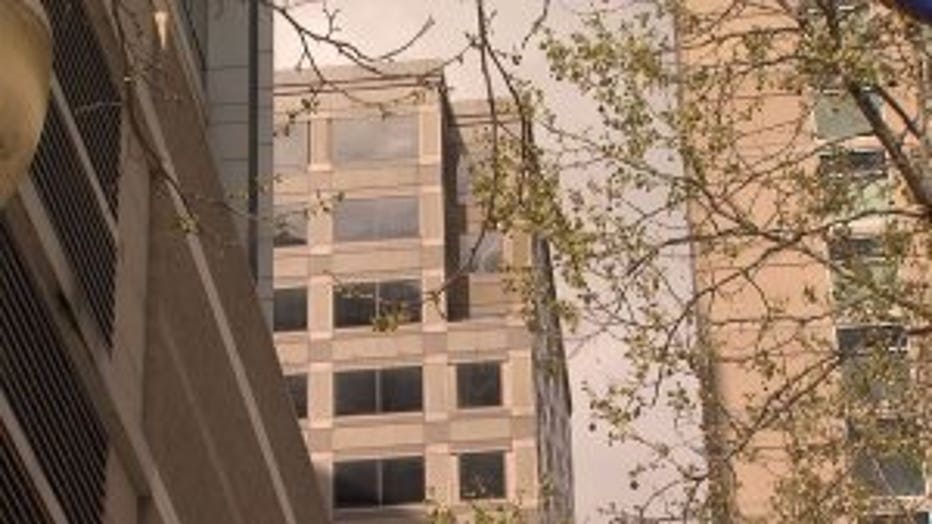 Battalion Chief Marc Bentovoja told the Bee the Fire Department had no reason to believe the man's death was a suicide.

"It looks like accidental more than anything else," Bentovoja said.

According to Fox 40, a door was found propped open on the roof of the building at 12th and K Streets, suggesting the man was planning on going back down the stairs.