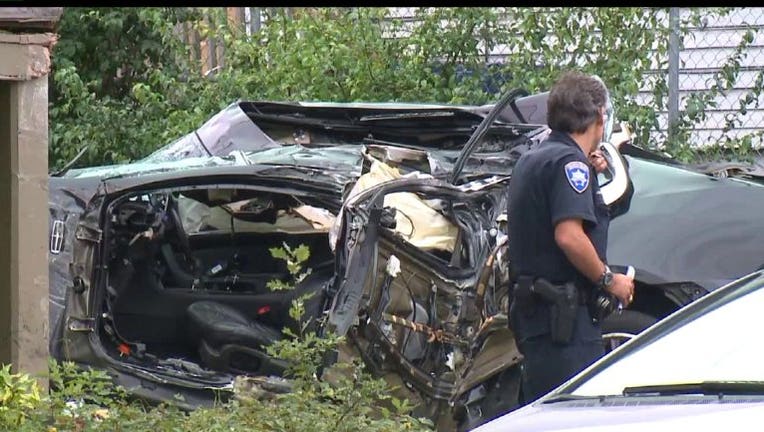 The black SUV from the Tacoma crash at 11th and J Street. (Photo: KCPQ-TV)

The man has not yet been identified.

According to witnesses, the suspect robbed a bank near the intersection of J Street and 11th Avenue Tuesday afternoon and jumped into a black SUV. The driver sped onto the street and was broadsided by a white van.

Three people in the van were injured in the crash. They were all alert, but in serious condition at the hospital, police said.