SEATTLE -- New details have emerged in the deadly shooting that killed three teens and injured one at a party in Mukilteo.

The shooting suspect, Allen Ivanov, appeared before a Snohomish County judge in Everett Monday for a probable cause hearing on murder charges.

Court documents shed new light on the hours and days leading up to the shooting as does a letter Allen Ivanov's mother shared with their former attorney.

“The letter actually addresses everyone that is important to him,” said Kim, who received the family’s consent to turn the letter over to authorities because of its suicidal tone.

“He was a threat to himself based on the letter and for his safety, I had to turn the letter over to the police,” said Kim.

The letter thanks people in his life, including his mother, who he writes first and says “I wish I was everything you wanted." He also thanks his dad, grandparents, cousins and some of his colleagues.

In the end he says, “If you weren’t on this list, you never wanted the best for me.”

Kim said, “As a prosecutor for 15 years, I had reason to believe he was going to hurt himself. I have turned this over in hopes justice prevails for everyone."

Kim said Ivanov’s parents hired him the day of the murders, but he found out that they had hired a new attorney when he arrived for the probable cause hearing.

Kim said even if he had remained Ivanov’s attorney, the letter would have been turned over to the authorities and become public record.

The full redacted letter is below: 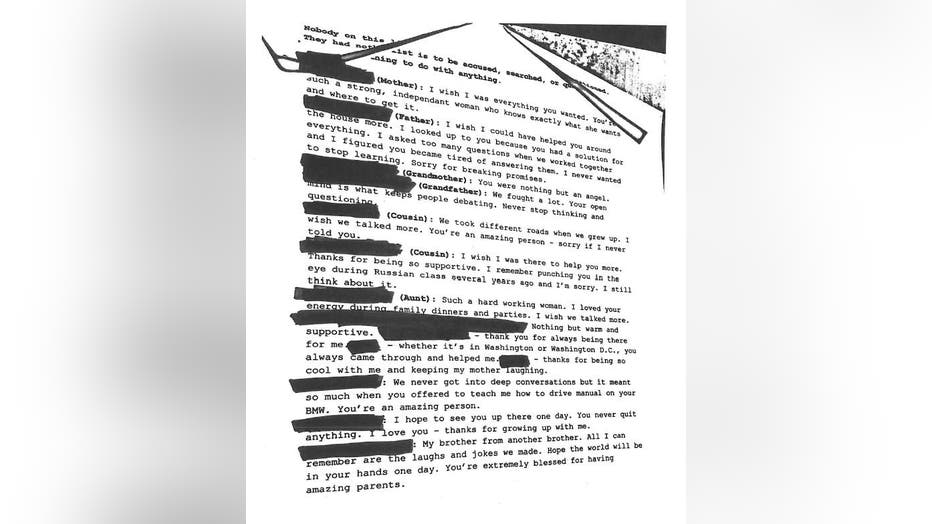 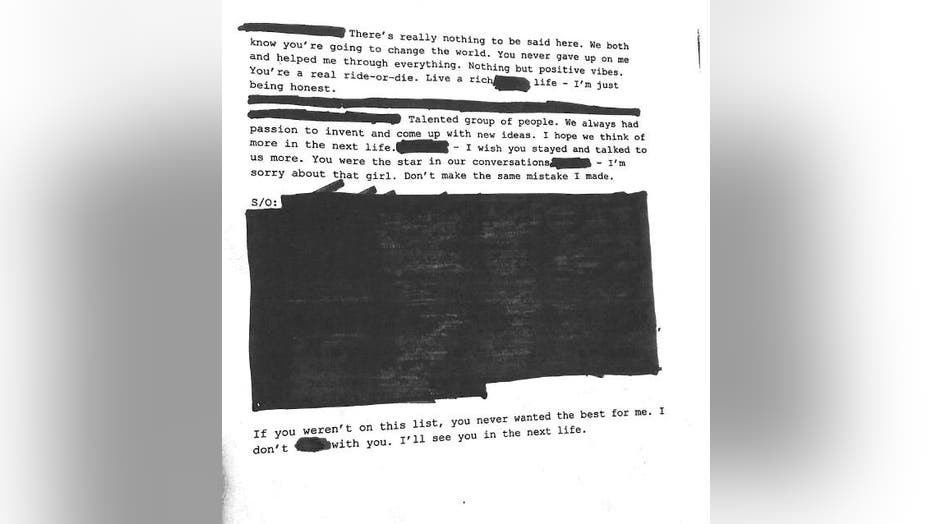