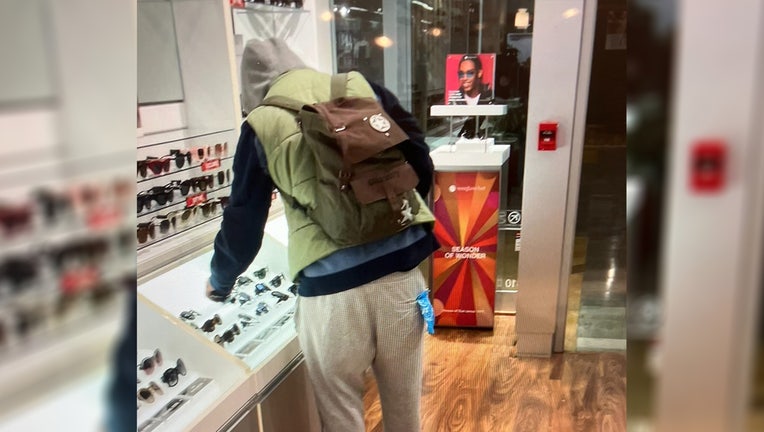 OLYMPIA, Wash. - Police arrested a suspect who has allegedly stolen more than $30,000 worth of sunglasses from multiple retailers across the city.

According to the Olympia Police Department (OPD), the suspect seen in the above photo has been stealing merchandise since July 2022.

The OPD says they were able to arrest the suspect for 11 counts of first-degree theft, one count of second-degree robbery and one count of organized retail theft.

Authorities say the arrest would not have been possible without the assistance from the Thurston County Narcotics Task Force.