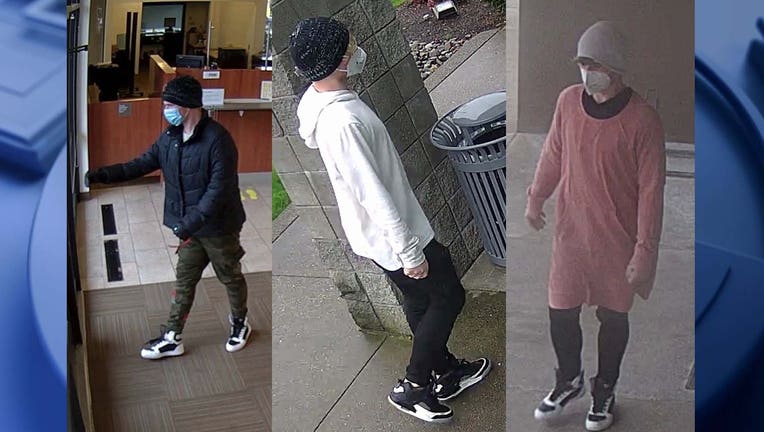 Gig Harbor police were called to reports of a robbery at the Umpqua Bank on March 23, around 1:49 p.m. Witnesses told officers a man walked in and said he was robbing the bank; he did not show a weapon or imply he had one, but was wearing latex gloves.

A teller gave him the money, and he left.

Officers used a K9 to track the suspect’s scent, which ended at a nearby parking lot. Police say the suspect likely left in a vehicle from there.

Authorities have surveillance images from other banks around Pierce County and Tacoma, and believe the suspect is the same in many of these robberies.

The suspect has not been identified yet, but is described as a white man in his 20s, commonly wearing a beanie and face mask. He is seen with blonde hair in some of the surveillance photos.

Anyone with information on the suspect or robberies is urged to call Detective Sgt. Federici at (253) 853-2421.