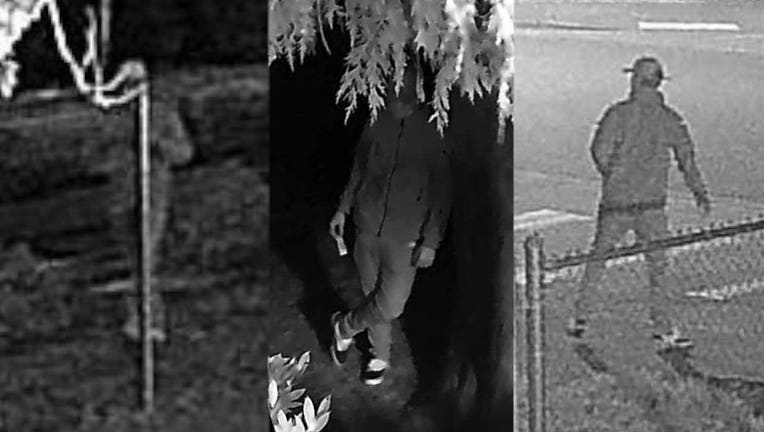 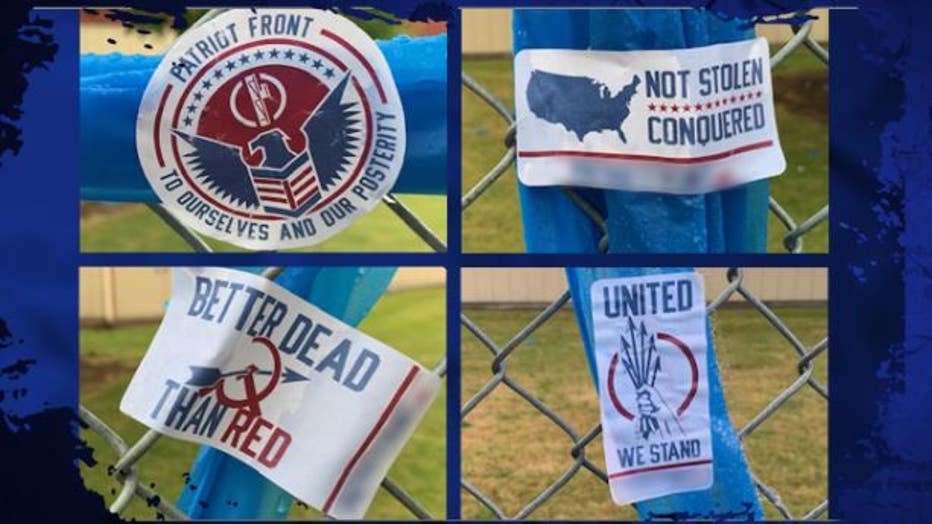 That's the message from the Lacey Police Department as detectives try to track down a suspect who removed a Black Lives Matter sign at an elementary school and replaced it with a hate group's stickers.

Police say the person pictured above was seen in the area when the incident happened last week at Lakes Elementary School and may be a suspect.

"It's about 3 o'clock in the morning, so it's very grainy and hard to see, but we see an individual looking like they are wearing a hat, a sweatshirt and some Vans shoes. We would really like to interview them. This case is ongoing right now and we would like to have a resolution, said Lacey Police Det. Jon Mason.

Below is what the sign looked like before it was removed (the person in the photo is not the suspect): 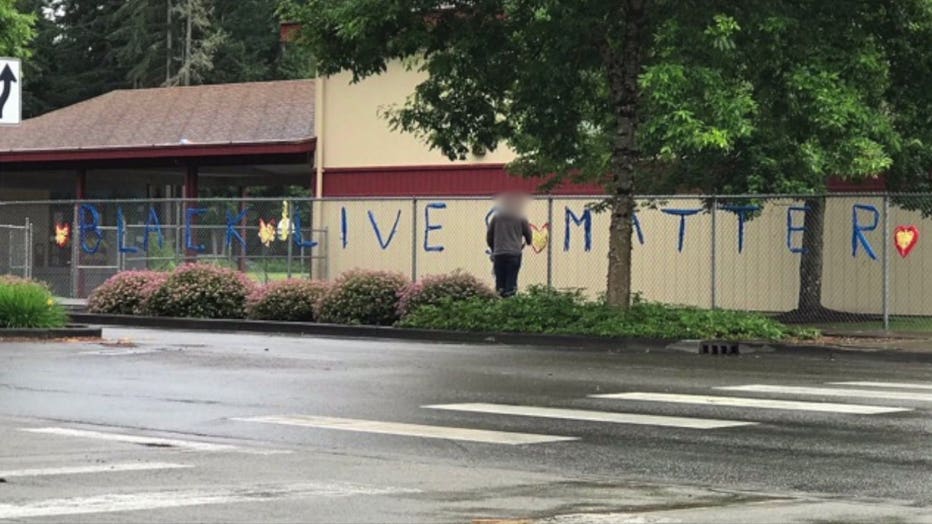 The sign was on the school's fence and made of blue ribbon. School officials say it was a joint project between the school and community members.

"As a district we've been doing a lot of work around equity and exploring our own issues of how to serve our families of color better and be more aware of many of the social issues we're facing as a nation right now," said Courtney Schrieve with North Thurston Public Schools. "So, for that to be torn down by somebody is really disturbing. It's not just a typical vandalism. It's somebody that is using hate speech."

If you have any information, call Lacey Police or Crime Stoppers at 1-800-222-TIPS or use the P3 Tips app.