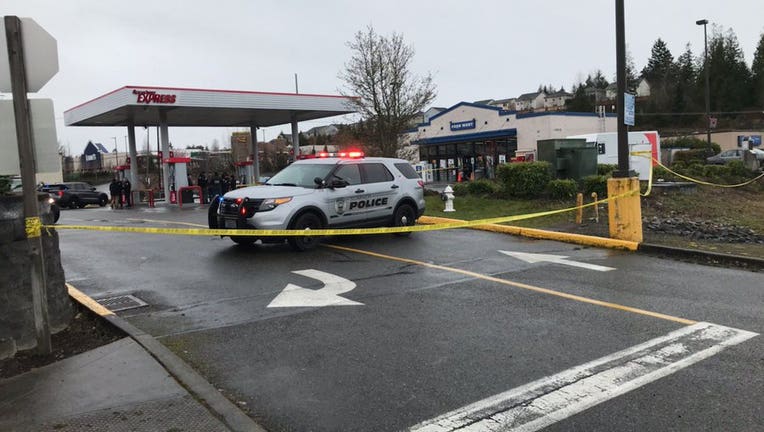 BONNEY LAKE, Wash. - The Pierce County Sheriff's Office is looking for a suspect after a shooting involving an officer with the Bonney Lake Police Department.

The officer was on a call involving a suspicious vehicle at Speedway Express on HWY 410 around 9 a.m. on Wednesday. The 911 caller said it appeared a man and a woman were unconscious inside and had drug paraphernalia on their laps.

Shortly after the officer arrived, a call went out to other law enforcement for "shots fired."

Detectives say surveillance video shows the officer walking up to the vehicle and then moments later, the vehicle hit the officer. The officer then fired their gun and the suspects drove away.

The officer was not shot. Police have not said if the suspect was shot.

Investigators are still looking for the white sedan and the suspects who were inside.