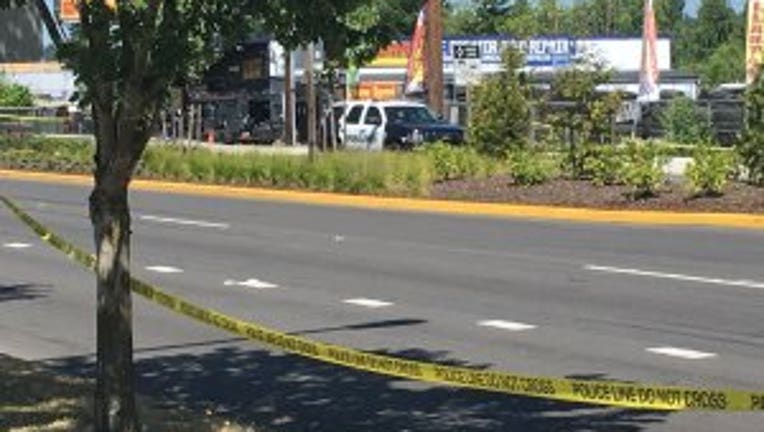 Police are on the scene of a standoff at a Federal Way business. (Marcus Mathisen, Q13 News)

FEDERAL WAY, Wash. -- Police were unable to locate a man Saturday afternoon after SWAT team and negotiators were outside a Federal Way business for more than four hours.

Cmdr. Kurt Schwan with Federal Way Police said the incident began at about 10:20 a.m., when officers responded to a fight call in the 35500 block of Pacific Highway South.

It was reported that an employee at the business became involved in a physical altercation with two other subjects, he said.

As officers arrived, Schwan said one of the subjects entered the business and refused to exit.

The initial investigation will be forwarded to detectives to follow up, Schwan said.