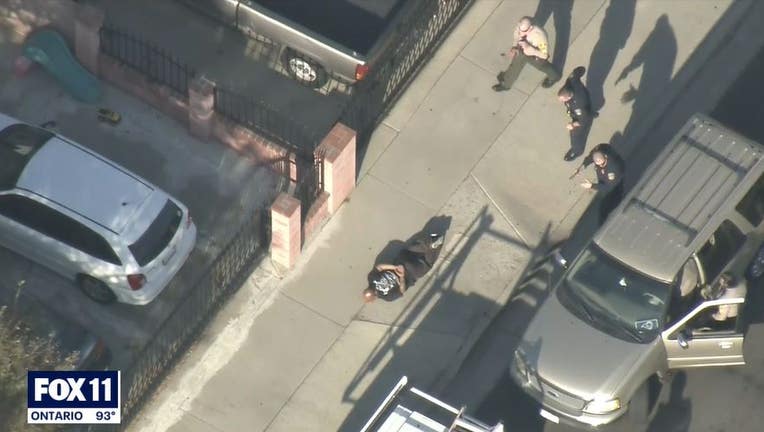 NORWALK, Calif. - A man allegedly wanted for assault with a deadly weapon is in custody after leading officers on a high speed pursuit.

The pursuit started around 4 p.m. in Riverside County.

The suspect allegedly used his vehicle to hit a former girlfriend's vehicle in Riverside. A woman called police around 3:10 p.m. to report that an ex-boyfriend intentionally hit her vehicle with his vehicle near Van Buren Boulevard and the Riverside (91) Freeway, according to Officer Ryan Railsback of the Riverside Police Department.

About 45 minutes later, two officers found the suspect driving in the same area, and he failed to yield when they tried to pull him over, prompting the chase, Railsback said.

The suspect took the freeway to Anaheim then into the Norwalk area,
exiting at Artesia Boulevard.

SkyFOX above showed the suspect driving erratically on the westbound Riverside 91 Freeway.

He was seen driving on the wrong side of the road and weaving in and out of traffic.

The pursuit came to an end in Norwalk after the suspect pulled his vehicle over in front of a house near Maza Street and Gridley Road.

The suspect jumped out of the vehicle as CHP officers ordered him to surrender.

Images from SkyFOX showed the suspect holding an item, possibly a phone, in his hand. The suspect was also seen throwing an item under the gate of the house. 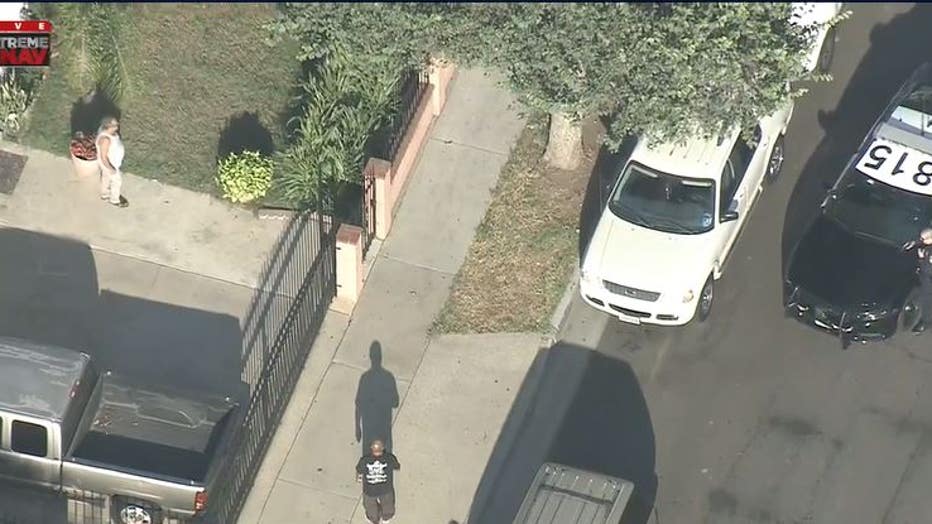 As officers surrounded the area, people from inside the home came to the front lawn and watched the standoff unfold.

It is not clear at this moment if the suspect knew the people living at the house.

The suspect eventually surrendered and was taken into custody.