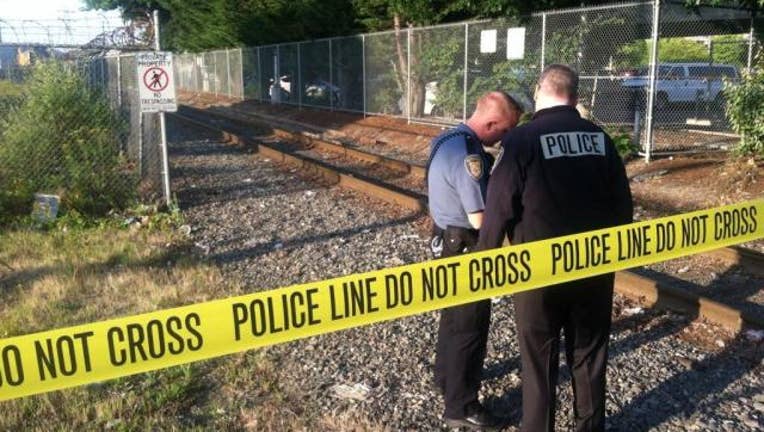 SEATTLE -- Police have arrested a 42-year-old man in connection with the death of a woman found on the railroad tracks last year.

On July 2, police received a call from a train operator that a body was found on the railroad tracks near 5th Avenue South and South Spokane Street. After an investigation, detectives determined the woman, April L. Frederick, was killed by substantial head and neck injuries. Her death was ruled a homicide.

Police collected DNA from a 42-year-old man who used to date the victim, and the DNA allegedly matched data collected at the crime scene. The man was arrested at his home and booked into the King County Jail for investigation of homicide.

Bail was set at $2 million Thursday and a court date was set for Monday, April 7, which is also the deadline for a charging decision.