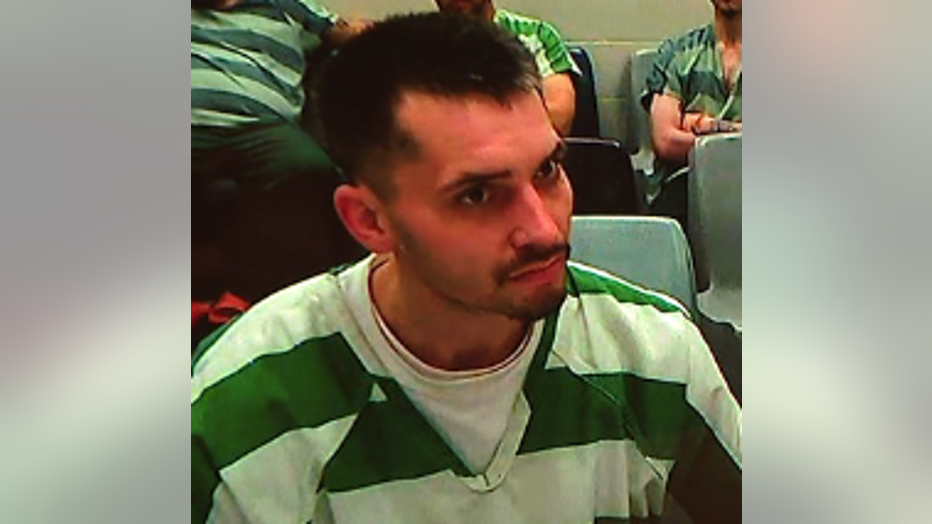 Brenden Morris was booked into the Snohomish County jail early this morning.  Morris was featured Friday night on Washington's Most Wanted.

The 36-year-old convicted felon is being held on Probable Cause for Burglary 1st Degree, Burglary 2nd Degree, three counts of Identity Theft 2nd Degree, Theft of  a Firearm and Unlawful Possession of a Firearm 2nd Degree.

The second suspect seen driving the getaway Volvo in one of the burglaries has not yet been identified.  Crime Stoppers of Puget Sound is offering a cash reward of up to $1,000 for information leading this arrest.  If you know who he is, submit a tip at www.P3Tips.com or use the P3 Tips App that you can download to your cell phone for free. 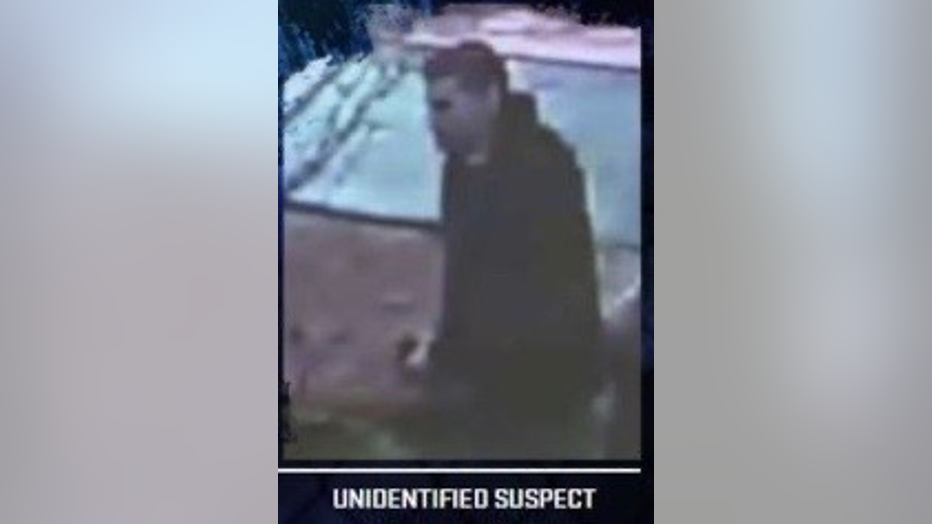 WANTED IN MOUNTLAKE TERRACE, Wash. —
Brenden Morris is a convicted sex offender and prolific burglar who police consider "armed and dangerous" after detectives in Mountlake Terrace say he stole an AR-15 rifle and three loaded ammo magazines from a family's apartment earlier this month.

Detectives say surveillance video from the parking lot of the apartment complex shows Morris leaving the unit after he broke into it on Feb. 11. They say he concealed the rifle in his coat as he walked to a Volvo with a second unidentified suspect waiting behind the wheel. Detectives say that suspect returned and parked in a different stall after the burglary, and that is when you get a look at him as he's getting out of the driver's seat. 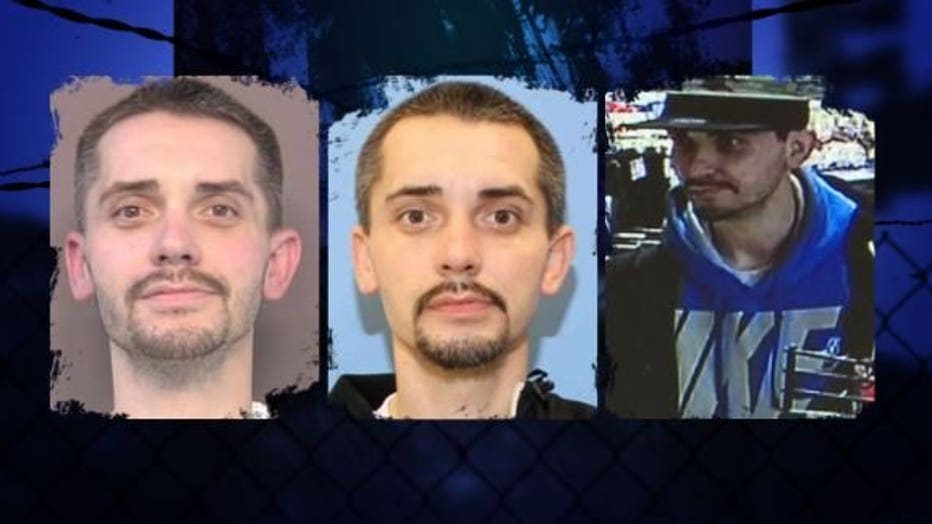 Detectives say the Volvo has been located, but they need to find Morris and identify his accomplice. The rifle and ammo were stolen from the ransacked bedroom of an apartment belonging to a family who no longer feels safe.

It's a horrible feeling for anyone to have someone burglarize your home, especially since in this case police say Morris stole her engagement ring and other jewelry.

The victim, Jasha, said the rifle that was taken is normally locked in a safe, but her fiance had set it out to take to the range later that day. He left the apartment for a short while, and that is when detectives say Morris broke in and stole it.

Mountlake Terrace police say Jasha's family was not Morris' only mark that day. Detectives say on Feb. 11 Morris used a credit card stolen from a different apartment at an Everett convenience store. 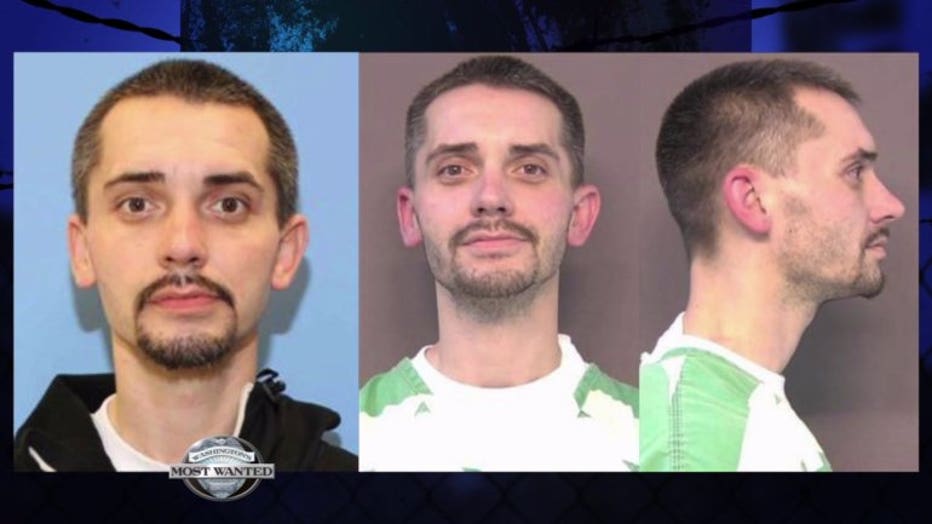 Brenden Morris' rap sheet includes convictions for multiple burglaries and illegal drug possession.
He's also a convicted sex offender. Morris is listed as a non-compliant sex offender in King County, so he is wanted for that as well.  Mountlake Terrace police say he is facing charges of burglary and identity theft.

"We want to catch him bad, because he's out there stealing guns," said Det. Victor Zuniga with the Mountlake Terrace Police Department. "He's using hard-earned cash that victims earned in there. He's causing headaches for a lot of people and he's done this multiple times ... I know other agencies are looking at him for the same thing."

If you know where he's hiding or can identify the second suspect in the burglary where the rifle was stolen, use the P3 Tips App on your smartphone to submit the information to crime stoppers, or call the hotline at 1-800-222-TIPS. It's anonymous -- you never have to give your name -- and you'll get a cash reward of up to $1,000 if your tip helps lead to Morris' capture or his accomplice's arrest. 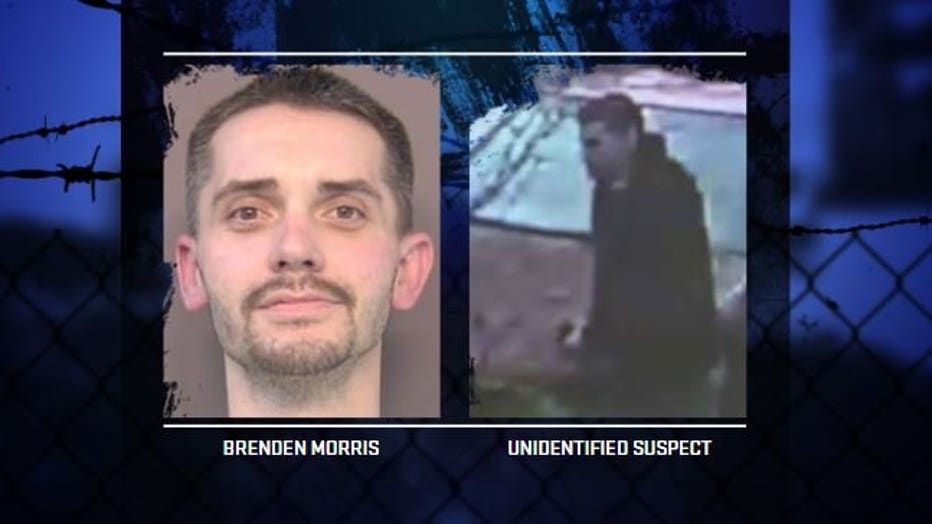 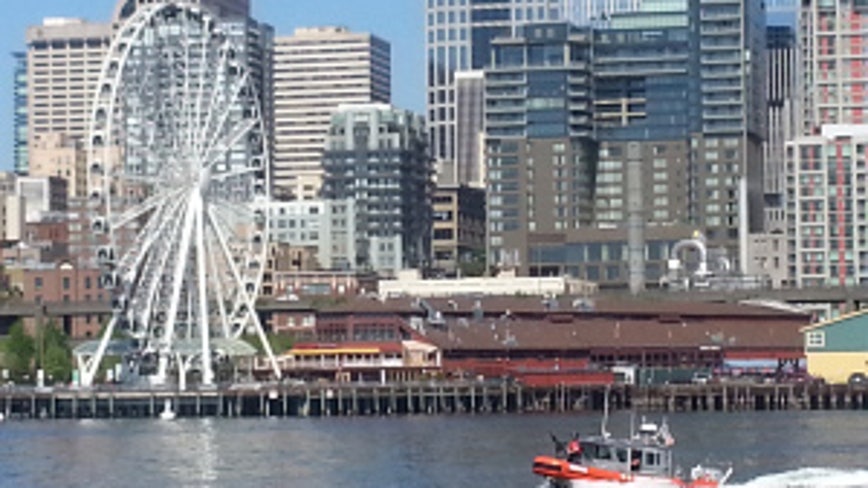