CHANDLER, Ariz. - A suspect has been arrested in connection to a road-rage shooting in Chandler that left a man dead.

Chandler Police say officers responded just before 4:30 p.m. on Dec. 5 to Hamilton Street and Chandler Boulevard for reports that someone had been shot.

Once at the scene, officers found Carlos Doiron with a gunshot wound. He was taken to a hospital where he later died.

Investigators say Doiron got into an argument with someone else during a road-rage incident prior to the shooting. Shortly after the incident, Doiron visited a family member to drop off gifts. The suspect from the road-rage incident returned and fired shots into Doiron's vehicle.

After the shooting, police say the suspect fled in a white Chevy Cobalt with a rear spoiler.

On Dec. 7 just after 1 p.m., officers located the suspect's vehicle near Arizona Avenue and Chandler Boulevard. Officers pulled over the driver, 37-year-old Domingo Luz, and identified him as the suspect in the road-rage shooting.

Luz was arrested and booked into jail. He is accused of first-degree murder. 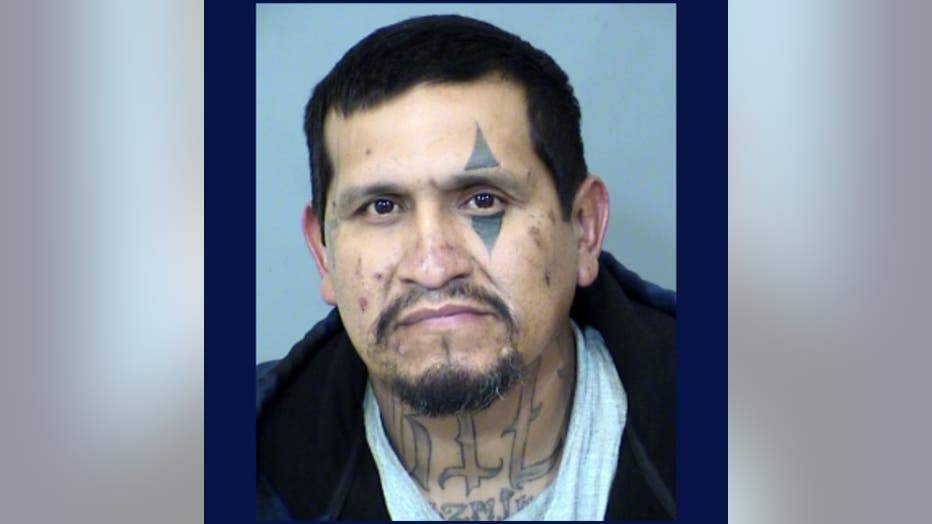