RENTON, Wash. -- King County Prosecutors have charged 41-year-old Vinks McIntire with manslaughter in the first degree - deadly weapon.  The 41-year-old was arrested on Wednesday, February 19 and is being held on $750,000 bail.

Q13 News previously interviewed McIntire in 2016 after he founded Operation Backpacks for the Homeless. 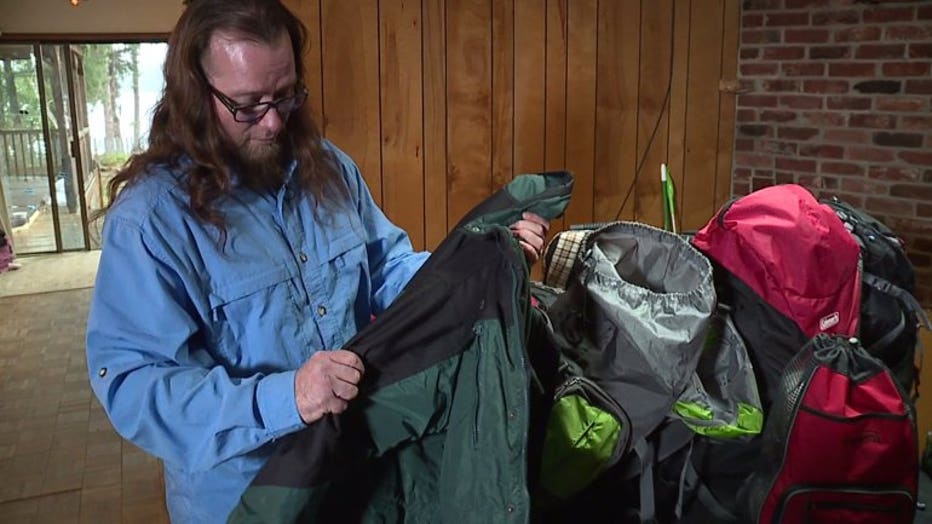 According to court documents, McIntire told them he had just woken up from a nap and found his friend, 51-year-old Demetrius Fletcher, lying on the floor of the laundry room with a knife in his hand.  Court documents say he told the operator that he had already tried CPR but that the Fletcher was cold.

According to court documents, deputies and medics arrived and found Fletcher lying face up on the floor with a black-handled knife in his right hand resting on his sternum. They immediately began CPR and noticed that Fletcher was warm to the touch.   There was no blood on his chest but a large amount covered his body when they began CPR.  Detectives say that is inconsistent with McIntire's claims that he performed CPR.

Court records show McIntire initially told detectives he didn't know if Fletcher intentionally hurt himself or if he was playing with the knife and fell on it. He also said that he had seen Fletcher trying to cut himself that afternoon with a razor blade but that he was able to "talk him down."

Fletcher was taken to Harborview Medical Center where he later died.  The medical examiner told detectives that based on the shape and width of the blade compared to the dimensions and depth of the injury to Fletcher, they did not believe the knife he was found with caused the fatal injury.

Detectives recovered a KA-BAR knife the next day from a neighbor who told them she found it in a plastic bag in her purse. She said it was placed there by McIntire's wife while she was helping them clean up the blood after Fletcher was taken to the hospital.  According to detectives, the knife appeared to have dried blood on the blade and matched the dimension of the injury to Fletcher's chest.

According to the documents, McIntire admitted to investigators that he and Fletcher were drinking and using cocaine together. He said they were "amped up, high and drunk and throwing 3 knives at each other."

He denied they were throwing them aggressively and said they were just playing catch with them.  He also claimed that Fletcher was showing him techniques to disarm someone saying that Fletcher had him thrust the knife at him and he show him how to block it.  He said that at one point, they both fell to the ground while McIntire had a knife his hand so they decided to stop.  He denied having any memory of how Fletcher was fatally stabbed in the chest and continued to claim he did CPR by compressing the victim's stomach rather than his chest.

According to court documents, McIntire's criminal history includes a conviction in 2016 for felony harassment. Police say he threatened to slit a clerk's throat and called her vulgar names after being denied the purchase of marijuana.

In 2018, he was convicted of misdemeanor harassment for threatening one of his wife's coworkers. According to police reports in the case, he called the victim a number of racist and vulgar names and threatened to make her life hell, telling her that he would "get her" when he felt like it.

McIntire also has two convictions for assault in the fourth degree as well as convictions in Florida for follow, harass, cyberstalk in 2001, misdemeanor battery in 2001 and 2003 and aggravated assault with a deadly weapon without intent to kill in 2004.

McIntire is scheduled to be arraigned on March 5 at the Regional Justice Center in Kent.