The 33-year-old was extradited from Indiana where was arrested in September after fleeing Washington state to avoid capture.  Detectives say Sims is also accused of severely beating his 8-year-old son.  The judge ordered him not to have contact with either victim. 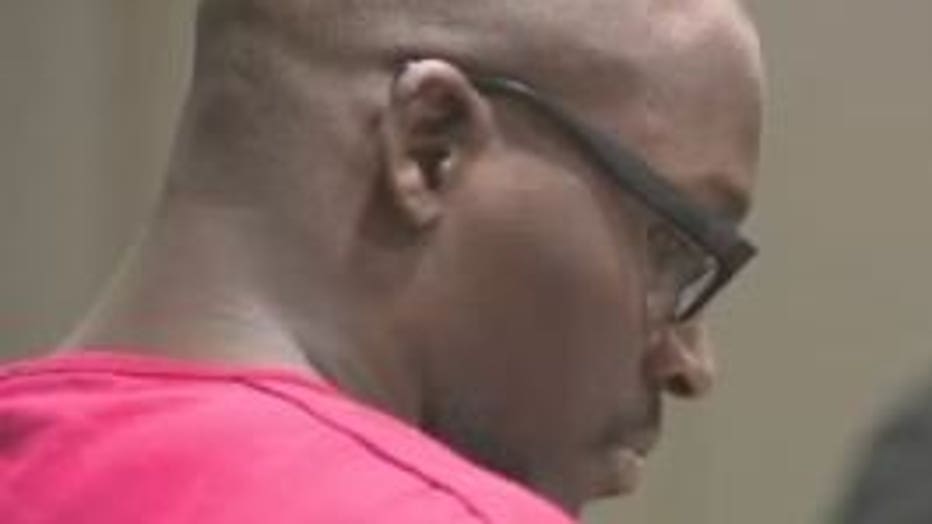 UPDATE: The U.S. Marshals arrested Thomas Sims this morning in Indianapolis thanks to an anonymous tip to Crime Stoppers of Puget Sound.  Sims was wanted by Federal Way Police on a $500,000 nationwide arrest warrant for DV Assault of a Child 1st Degree and DV Assault of a Child 3rd Degree.  He is Washington's Most Wanted Capture #1124.

Sims is accused of fracturing his 9-month-old son's skull because he wouldn't take a nap. The baby spent almost a month in the hospital and underwent two brain surgeries.

"Our strong partnerships with local law enforcement and the public has prevailed again. The network of our task force spans  across the country, and we will work tirelessly to seek justice for victims when violent crimes are committed in Western Washington," said Acting U.S. Marshal Jacob Green.

Detectives say he assaulted his 9-month-old son named JeVaun at an apartment complex in Federal Way on August 25th.

The child sustained a fractured skull with bleeding on the brain and was in extremely critical condition. He spent almost four weeks in the hospital and had two brain surgeries.

He will need more care and equipment at home and his mother is really struggling financially. Please donate here if you can to help them.

During the investigation into this incident, police say they learned of an assault on another son in the summer of 2018. Detectives say Sims severely beat his 8-year-old son to the point where he sustained several bruises (some of which bled).

King County Prosecutors have charged Sims with a DV Assault of a Child 1st Degree and 3rd Degree and issued $500,000 nationwide warrant for his arrest.

He is 6'01", 180 pounds and sometimes wears black glasses. Sims does not have a car. He takes the bus or uses Lyft to get around.  Sims may be in Federal Way or Marysville and is active on the dating site Plenty of Fish.

Crime Stoppers of Puget Sound is offering a cash reward of up to $1,000 if you can tell Federal Way Police where to find him. You will remain anonymous. Call 1-800-222-TIPS or use the P3 Tips App that you can download to your cell phone for free. You can also go to www.P3Tips.com to submit information on his whereabouts.