SEATTLE -- The deadly shooting in Kansas is bringing to life old wounds from the 2006 shooting at the Jewish Federation of Greater Seattle. 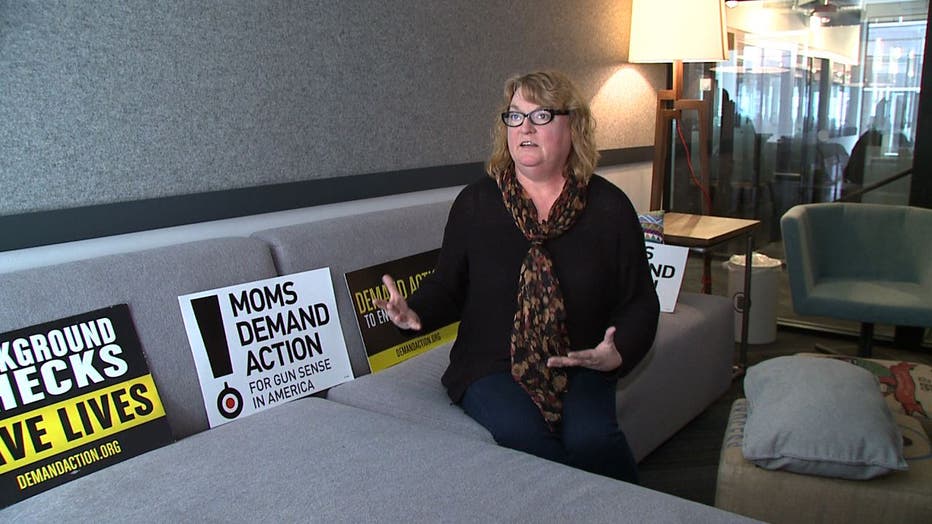 Cheryl Stumbo, who was shot in the abdomen at point-blank range in the 2006 shooting at the Jewish Federation of Greater Seattle, says last weekend’s shooting in Kansas brought back painful memories for her. (Photo: KCPQ-TV)

Naveed Haq stormed the building in Belltown; he shot six people and killed one.

Cheryl Stumbo was shot in the abdomen at point-blank range. She has gone through more than 20 surgeries and therapy for post traumatic stress.

Last weekend’s shooting brought back painful memories for her.

“This one just really, it feels like somebody took a shovel and just carved out my middle and left me hollow,” said Stumbo.

Like a bad dream, the pictures from Kansas City now haunts the 2006 shooting survivors in Seattle’s own Jewish community.

Celie Brown now chairs the board at the Jewish Federation. She says the shooting in Kansas only brings back a tidal wave of emotions.

“It’s a hate crime, this man was looking for a Jew to kill,” said Brown.

Haq is serving a life sentence in prison after he was convicted in the 2006 shooting rampage.

“Really pushing our legislators hard, and now taking it to the voters in the form of a ballot initiative to do something about the fact that 33 people in America die everyday from gun violence, and yet our politicians aren’t doing anything about it,” Stumbo said.

The Jewish Federation won’t say exactly how they’re enhancing security but there is at minimum a heightened awareness.

The sole fatality in the 2006 shooting, Pam Waechter, is remembered with a memorial each year.