HENRICO COUNTY, Va. -- A Virginia police officer enlisted the help of his co-workers to surprise his girlfriend with an engagement ring Saturday morning.

When they got to the police station, Chad left Chelsea in a room and told her he had to check his email.

A few minutes later Chad's sergeant arrived and told Chelsea she should join the officers who were meeting outside. 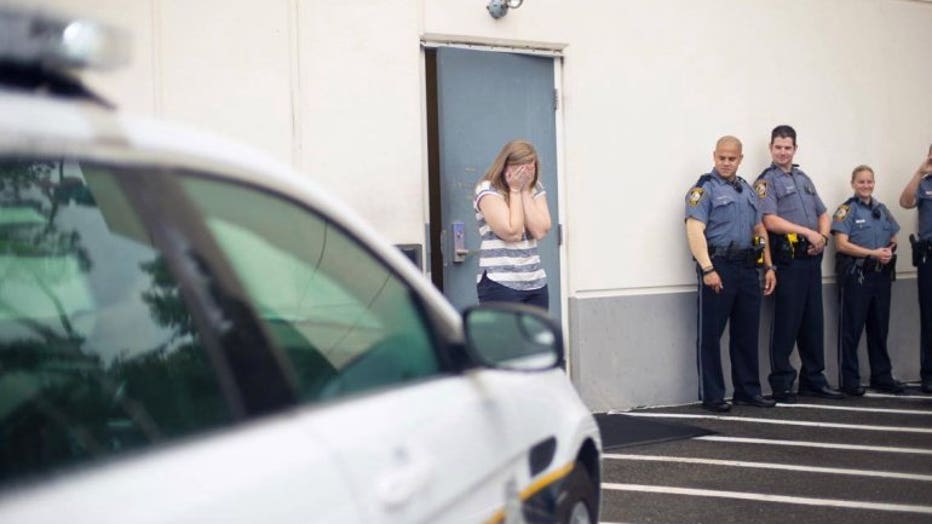 "I opened the door to the parking lot and saw Chad standing in the middle of a sea of police cars, shaped like a heart. I remember seeing a blur of people off in the distance, but not once was I able to take my eyes off Chad," Chelsea said. "After he proposed, our families ran over and all the officers who were a part of the plan were congratulating us." 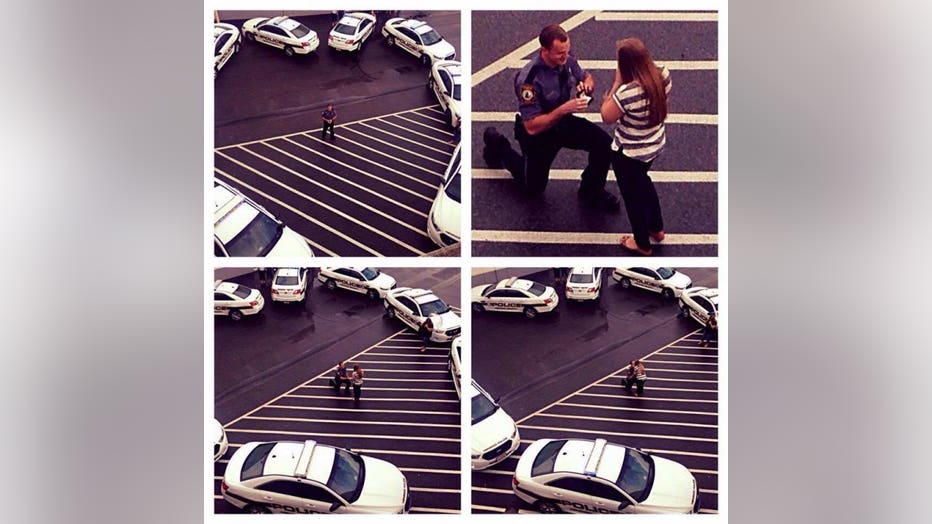 She said she cannot stop thinking about the July 30 proposal.

"I truly could not have dreamed of a better proposal; and more so, a better man to spend the rest of my life with," she said.