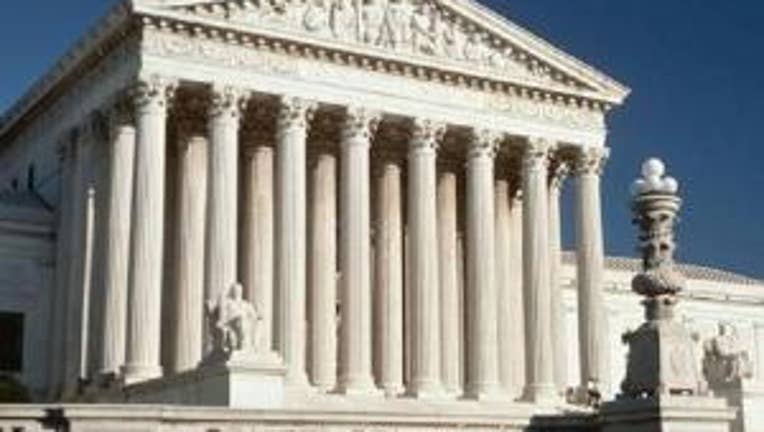 WASHINGTON -- The Supreme Court took no action Friday on a series of pending appeals involving gay marriage, putting off until at least next week a decision on which cases to hear.

The justices met behind closed doors to debate cases involving the Defense of Marriage Act and California’s Proposition 8,   the voter initiative that limits marriage to a man and a woman. The court said only that it had agreed to hear two new business cases.

Nonetheless, the court is almost certain to review at least one of the gay marriage cases.

The U.S. appeals courts in Boston and New York have struck down the part of the Defense of Marriage Act that denies federal benefits to legally married same-sex couples. That means the federal law is constitutional in much of the nation, but not in other parts. The high court must step in to resolve that issue.

It is not certain the court will want to decide the fate of Proposition 8. It was struck down last year by the U.S. 9th Circuit Court of Appeals on the grounds that California voters took away from gays and lesbians a right to marry that they had won in the state courts.

If the justices were to deny an appeal in that case, it would clear the way for same-sex marriages to resume in California, but it would not set a national precedent. The court will announce Monday morning which appeals have been turned down, and it is possible the Proposition 8 appeal will be dismissed then.

In one action Friday, the justices agreed to decide if human genes can be patented. Civil liberties advocates and some medical experts have been contesting a patent for a gene sequence that has been linked to breast cancer. The advocates argue that since a human gene is a natural creation, it cannot be patented and controlled by a private company.

“It’s wrong to think that something as naturally occurring as DNA can be patented by a single company that limits scientific research and the free exchange of ideas,” said Chris Hansen, staff attorney with the ACLU Speech, Privacy and Technology Project.