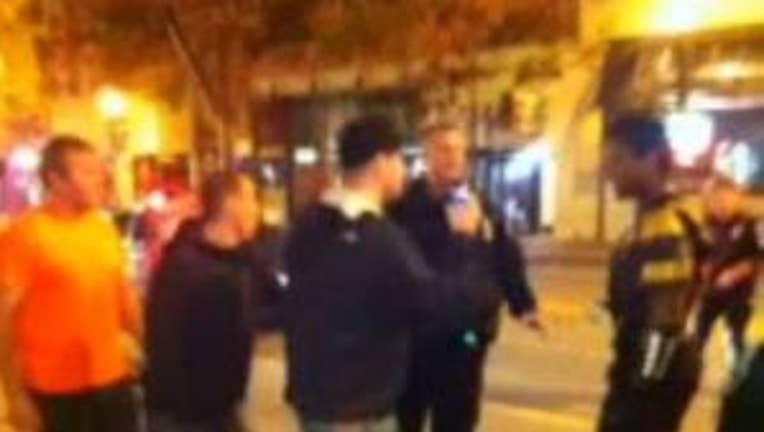 Seattle's self-proclaimed superhero Phoenix Jones got in a bit of a scuffle early Friday morning.

And despite what some are saying, the one-punch knockout delivered in front of SPD officers was legal.

A YouTube video posted Friday showed Jones and his buddies on patrol in the University District when a man in an orange shirt approaches him. In the video, you can hear the man yelling racist comments at Jones.


Jones called 911 and tried to back off, but when officers arrived, the man in orange shirt insisted he wanted to fight. So, the officers cleared everybody back and let the two go at it.

It didn't take long before Jones got the upper hand in the fight.

"I kicked him and he starts stumbling back to the wall and he reaches out to choke me and that's when he puts his hand on me," Jones said. "That's when I saw the punch and I realized he can't block with his hands on my throat so I threw the punch over the top of the block and caught him like that."

Jones knocked the man down and left the scene. But the real question many have after seeing the video is, "why didn't the officers stop the fight?"

According to police, there is a rarely used city law that says a fight is legal as long as both people agree to it, no bystanders are hurt, and no property is damaged. Jones reminded the cops about the particular law.

"Actually I have them (the laws) on a little card," Jones said.

The Seattle Police Department said no one filed a complaint and the issue will most likely just die. Jones said all along he wanted to avoid coming to blows.