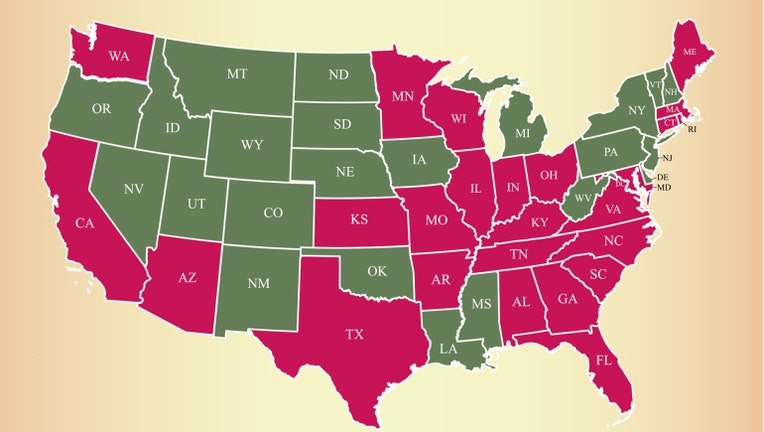 States highlighted in pink have developed a high level of resistance to some of the most common lice treatments, according to the American Chemical Society. (Credit: Kyong Yoon, Ph.D.)

The problem? Experts say they're resistant to many over-the-counter treatments.

But now, there's an easier way to get rid of the creatures that don't like light and feed on human blood.

Melissa Parker of Lice Clinics of America said it doesn't take much to get them going.

"It bites your scalp and then it injects a little bit of its saliva into your scalp," she said. "And that's why most people, about 80 to 85 percent of people, have an allergy to that and that's why they get the itching."

Head lice has nothing to do with hygiene or economic status, according to Parker. It can affect anyone at any age.

Head-to-head contact is the primary way one gets it.

The insects can easily be spread on objects like hair brushes, hats and clothing.

The newest way it's happening is by taking selfies.

"You can get one louse, she can lay eggs and she lays them rather quickly within a few hours," Parker said. "And generally within like 6 to 10 days they hatch."

Once the eggs, or nits, are in one's hair, they become cementing to the hair shaft. That makes them very difficult to remove.

"A lot of over-the-counter treatments, they don't kill the eggs, they kill the live lice," Parker said.

Parker said, however, that there's a new way to get rid of lice. She said it's not only effective, it's also easy.

It's called the AirAllé treatment.

The Food and Drug Administration cleared the device. It kills eggs through a specific combination of air flow, temperature and technique.

"We deliver heated air to the head in a specific pattern for a specific amount of time," Parker said.

The heated air works to not only eliminate the live lice, it also dehydrates and kills the eggs at the same time.

"We get everybody who finds out that day when they come in, and then we have other people who have had it for months and just can't get rid of it," Parker said.

You can click here to find a location near you. Usually it lasts between 60 and 90 minutes and varies in cost.

Both depend on the level of infestation.

CNN contributed to this report