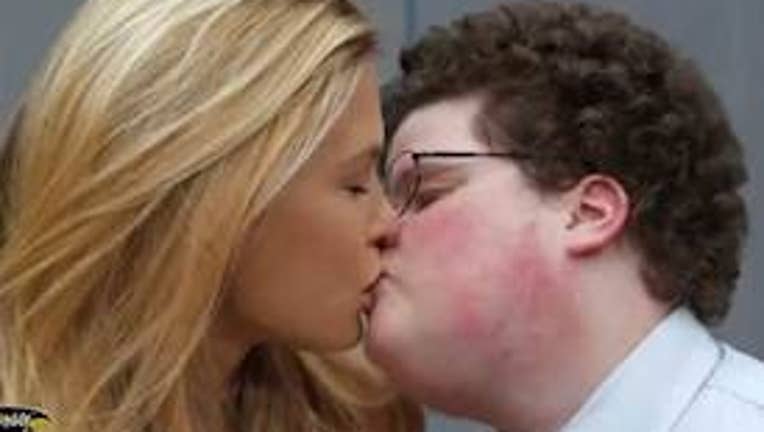 NEW YORK -- GoDaddy released its controversial Super Bowl ad on Friday in which Israeli supermodel Bar Refaeli gets into a steamy make-out session with a geek, actor Jesse Heiman.

The original two versions of the commercial, which featured a close-up of tongue action, were rejected by CBS' censors, the Today show reported.  There is no tongue shot in this new one.

Heiman told the Today show it took them 65 takes before they got the kiss just right.  Yeah, right...