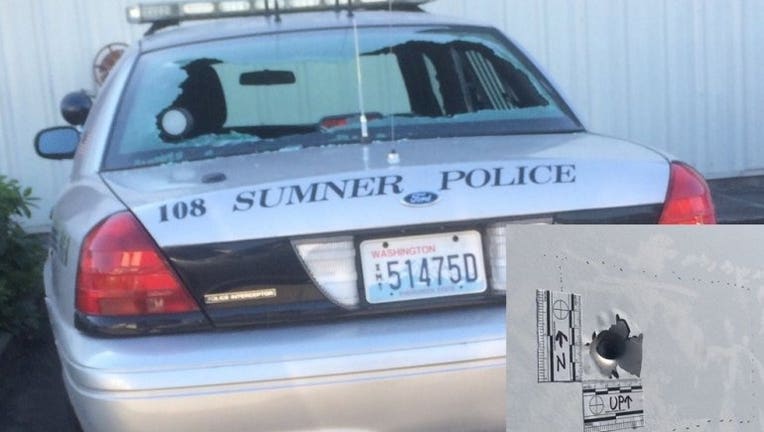 According to Sumner police, the shots were fired around 1:00 a.m. Officers said at least one shot hit a patrol car and three shots hit the back of city hall striking a door, siding and bricks.

Investigators say this may be related to other reports of shots fired in the area.

No further details have been released. Anyone with information is asked to call police.