President Biden welcomes world leaders during Summit of the Americas

"We've come a long way together since the United States hosted the first Summit of the Americas 28 years ago, but the spirit of Miami, as it was known, the sense of hope and new possibilities define that first summit, remains key to facing the challenges today and unlocking the incredible potential that exists in this hemisphere in the Americas," President Joe Biden said during the opening of the Summit of the Americas.

LOS ANGELES - President Joe Biden said Wednesday that democracy is an "essential ingredient" for the Western Hemisphere’s future as he welcomed leaders to the Summit of the Americas, an implicit rebuttal to those who boycotted the gathering because authoritarians were not invited.

He also drew sharp contrasts around one of the issues central to the summit, immigration, saying "safe and orderly migration is good for all of our economies" but "unlawful" forms are unacceptable.

"We will enforce our borders through innovative, coordinated action with our regional partners," Biden said at the opening ceremony of events that run through Friday in Los Angeles.

Biden has tried to ease many of the hardline immigration policies instituted by his predecessor, Donald Trump, and used his first days in office to propose a sweeping immigration proposal that would have created a pathway to U.S. citizenship for millions of people in the U.S. illegally. But it has stalled in Congress and the president's attention has largely turned to other issues, including spiking inflation and Russia's war with Ukraine.

His administration insists the summit can be successful despite the absence of several key leaders, as officials sought to highlight efforts on food security, climate and other areas of common interest.

RELATED: 2 separate groups of Cuban migrants land in South Florida within hours of each other

Mexican President Andrés Manuel López Obrador and other leaders are staying away because the U.S. excluded Cuba, Venezuela and Nicaragua — all countries that send large numbers of migrants to the U.S. and neighboring countries — because they are led by authoritarians. 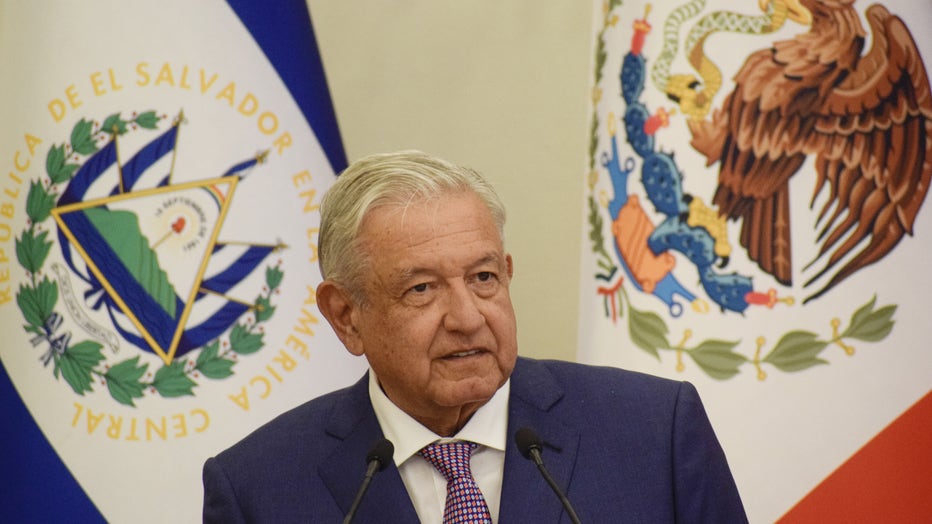 SAN SALVADOR, EL SALVADOR - MAY 06: President of Mexico Andrés Manuel Lopez Obrador talks at a press conference during a Latin-American tour for migration development on May 6, 2022 in San Salvador, El Salvador. (Photo by Kellys Portillo/APHOTOGRAFIA

"Our region is large and diverse. We don’t always agree on everything," Biden said. "But because we’re democracies, we work through our disagreements with mutual respect and dialogue."

He also promised that the gathering would involve "bold ideas, ambitious actions" that would "demonstrate to our people the incredible power of democracies to deliver concrete benefits and make life better for everyone."

Despite that call for unity, a stark reminder of the boycotts came when the president and first lady Jill Biden stood on the red carpet to greet foreign leaders attending, and few of the arrivals were heads of state. Instead of Guatemala’s president, Biden shook hands with the foreign minister. He next greeted the minister of public affairs for El Salvador, the foreign minister for Honduras and the Mexico’s secretary of foreign affairs.

With migrants increasingly coming from Colombia, Ecuador and other countries outside Mexico and northern Central America, Biden was appealing directly to leaders whose support is critical to any regional strategy on a complicated problem with no clear or immediate solutions.

His broad appeal to other leaders to work together on migration marked a contrast with Trump, whose unilateral demands for cooperation included a threat to Mexico to close the border and raise tariffs. Many top Republicans are eager to make an election issue of Biden’s failure to meaningfully address large numbers of people fleeing violence and poverty by entering the U.S. through Mexico, even though Trump offered few lasting fixes either. 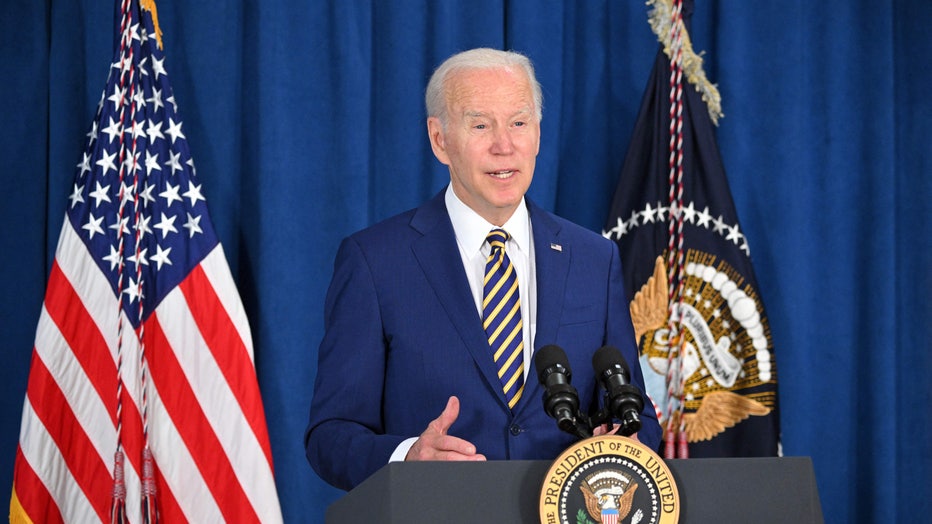 US President Joe Biden speaks about the May 2022 Jobs Report from the Rehoboth Beach Convention Center on June 3, 2022, in Rehoboth Beach, Delaware. (Photo by MANDEL NGAN/AFP via Getty Images)

Biden also told those assembled that "all of our nations have a responsibility to step up and ease the pressure people are feeling today."

Among the new programs he is expected to unveil in the coming days are a $300 million food security financing initiative, a new Caribbean climate partnership that will help Caribbean countries access low-carbon energy sources, and a program to train 500,000 health workers in the Americas over the next five years.

"When you tally all that up and look at the practical impact of what the summit deliverables from the United States will mean for the public sphere, it is significantly more impactful on the actual lives and livelihoods of the people of this region than the kinds of extractive projects that China has been invested in," Sullivan told reporters Wednesday aboard Air Force One.

The "Los Angeles Declaration," to be announced while Biden meets with his counterparts from North, Central and South America, is a brief call to action that supporters hope will guide countries on one of the most pressing issues surrounding migration — hosting people fleeing violence and persecution and searching for more economic stability.

"We regard this as an unprecedented set of statements and actions ... to deal with a hemispheric crisis," Sullivan said.

The United States has been the most popular destination for asylum-seekers since 2017, posing a challenge that has stumped Biden and his immediate predecessors, Trump and Barack Obama.

But the U.S. is far from alone. Colombia and neighboring South American countries host millions who have fled Venezuela. Mexico fielded more than 130,000 asylum applications last year, many of them Haitians, which was triple from 2020. Many Nicaraguans escape to Costa Rica, while displaced Venezuelans account for about one-sixth the population of tiny Aruba.

"Countries are already having to do this, so rather than each country trying to sort this out and figure it out for themselves, what we’re doing is saying, 'Let's come together in a coherent way and construct a framework so we can all work together to make this situation more humane and more manageable,'" said Brian Nichols, assistant U.S. secretary of state for Western Hemisphere affairs.

Biden arrived trailed by questions about how much progress he can make on migration and other issues when some of his counterparts from the region are staying home. The controversy has undermined the start of the summit, which is being hosted by the U.S. for the first time since the inaugural event in 1994, at a time when China has been trying to make inroads in the region.

Some concrete measures may be announced, such as possible funding for development banks. Nichols said in an interview that discussing any specific initiatives would be premature, but officials have made clear that the agreement will be largely aspirational.

There is widespread agreement that relief must target growth and stability for entire communities in which migrants live, not just migrants.

The agreement may call for more pathways to legal status, mechanisms to reunite families, more efficient and humane border controls and improved information sharing, according to experts who have seen early drafts.

Biden also announced a new initiative, America’s Partnership for Economic Prosperity, to help rebuild the economies of Latin American and Caribbean countries, which suffered the steepest contractions during the pandemic and have struggled with global inflation that followed.

The administration wants to draw greater private investment into those countries, including renewed focus on clean energy, stronger supply chains and improved governance on corruption and tax issues.

Leaders of Mexico, Guatemala, Honduras and El Salvador — each critical to any regional migration strategy — are skipping the Summit of the Americas, depriving Biden of symbolic heft and unity amid the photo opportunities and pageantry.

Upon leaving for Los Angeles on Tuesday, Mexico's Marcelo Ebrard said his nation's close relationship with the United States was unchanged and noted that López Obrador will visit Washington in July.

President Guillermo Lasso of Ecuador said a migration accord would be an important recognition of what governments are facing.

"(When) you speak about problems and it becomes part of a declaration, a summit as important as this, obviously the problem exists, the problem enters the consciousness of those who should be part of the solution," he told a group of civic activists in Los Angeles.