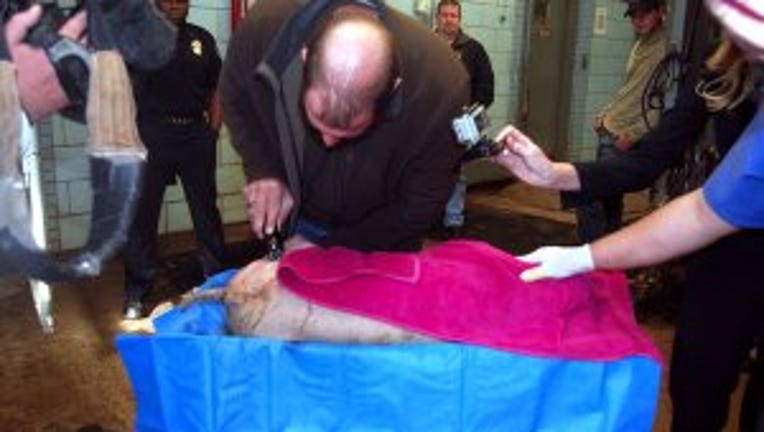 ELGIN, Texas -- Before he shot the pig with a million volts of electricity, James Culp bowed his head in prayer.


“Dear heavenly father, I ask you to guide my hand and render this test successful. Thank you for the justice that’s brought me here,” Culp said as he applied a brutal shock to the anesthetized pig, which even in sleep began to quiver, its flesh sizzling.

The Texas military defense lawyer’s aim was to prove that Navy Seaman Kyle Antonacci, whose 2010 death in an Illinois barracks was preliminarily called a suicide, actually had been hit with a stun gun, then strangled.

A story in the Los Angeles Times explores the tangled investigation, which only now is winding up, in which Antonacci’s friends and family have sought answers.

A key part of the quest unfolded in January at a small veterinary clinic in Elgin, where officers of the Texas Rangers and the Illinois State Police looked on while Culp attempted to reproduce the small, dark marks found on Antonacci’s back and side — marks that hadn’t even been mentioned in the original autopsy.

Photos of that part of the body taken during the autopsy “vanished,” according to the coroner’s report.