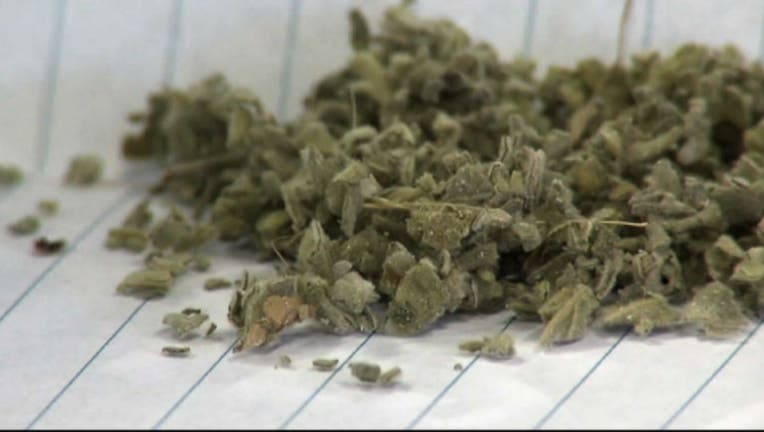 LAKEWOOD, Wash. -- A new study from the University of Washington says twice as many soldiers are using synthetic marijuana than regular pot.

Research suggests that’s because passing a drug test is sometimes easier for those using fake drugs.

Synthetic pot has been banned in Washington state since 2010.

But the people making the products simply change the chemical inside them, exploiting a loophole in the law.

But now soldiers are abusing synthetic marijuana and finding it off base isn’t hard at all.

A veteran who still works at Joint Base Lewis McCord doesn’t want to show his face on camera, and he only wants to be identified as Joe.

Joe claims to know firsthand how his fellow soldiers are using and abusing synthetic marijuana.

“Always seems to find it in their barracks or quarters,” Joe said. “You always hear somebody who knows someone smoking it, has smoked it, or is still smoking it.”

Some specific chemical compounds in synthetic marijuana are banned in Washington state, but some manufacturers simply change the chemical make-up and add warnings to product packaging.

“That’s what designer drugs are,” said Thomas Martin, a toxicologist with the Washington Poison Center.

Martin says the chemicals sprayed onto synthetic marijuana haven’t been rigorously studied to know how they react inside a human body.

“In terms of their adverse effects and their complete physiological effects, and even their pharmacology, how rapidly they are absorbed, what they’re metabolized to. For many of them, it’s not clear at all,” Martin said.

But finding the substance isn't hard. Users can easily find it readily available at smoke shops near JBLM.

Some products even display a sticker that claims the product complies with the U.S. Drug Enforcement Agency guidelines.

But Joe thinks this that synthetic marijuana shouldn’t be for sale anywhere.

“I blame them just as bad,” Joe said. “Sure, it’s a business for them, I don’t know if they realize the impact it has on us for guys, former veterans, who work with these guys. They’re definitely not helping the cause.”

UW social workers that wrote the study said most soldiers were afraid to report their drug abuse because it would end up on their permanent record.

Joe wonders why his fellow soldiers would even smoke synthetic pot in the first place.

“Why risk your career?” asked Joe.

One third of all soldiers who were part of this study said they’ve used illicit drugs in the past three months.

Of those, nearly 40% said they used synthetic marijuana.

Click here to read the University of Washington study.