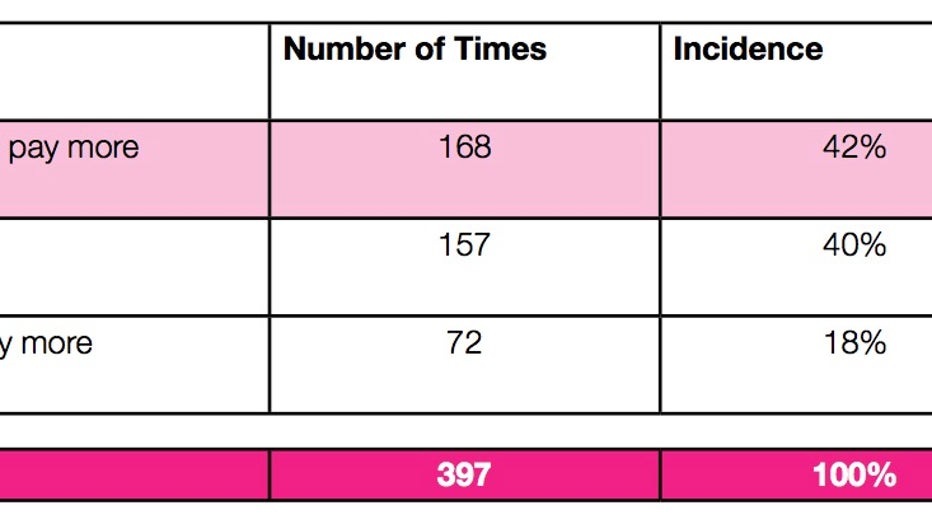 The study included 35 product categories, and female consumers paid more in 30 of those categories.

A Target spokesman told the Washington Post the company lowered the price of the pink scooter after the report was released, citing a “system error.” 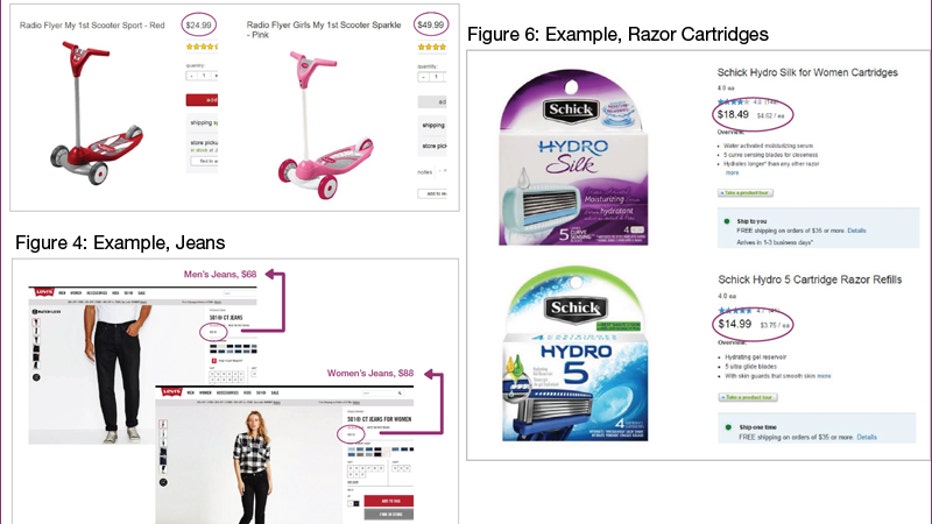 "Across her lifetime, a female consumer faces different degrees of markups. Babies’ and children’s products had the least pricing discrepancies, adult personal care products the most, and adult clothing and senior products were in the middle, at roughly equivalent pricing discrepancies by percent. This is notable, given the “adult” stage of a consumer’s life is longer than any other lifecycle stage. Additionally, the frequency at which adults consume personal care products is higher than any other category of the consumer goods analyzed in this study.

In the aggregate, over the course of a female consumer’s lifetime, these discrepancies would have a much larger financial impact, given that, on average, personal care products cost 13 percent more for women than men. DCA found, on average, that women pay approximately 7 percent more than men for similar products. Products’ price differences based on gender are largely inescapable for female consumers simply due to the product offerings available in the market."

There are some examples where women pay less than men. Men pay an estimated $15,000 more over their lifetime than women for car insurance, according to CoverHound.com. According to a study from Swapalease.com, men also pay more than women on popular car leases.