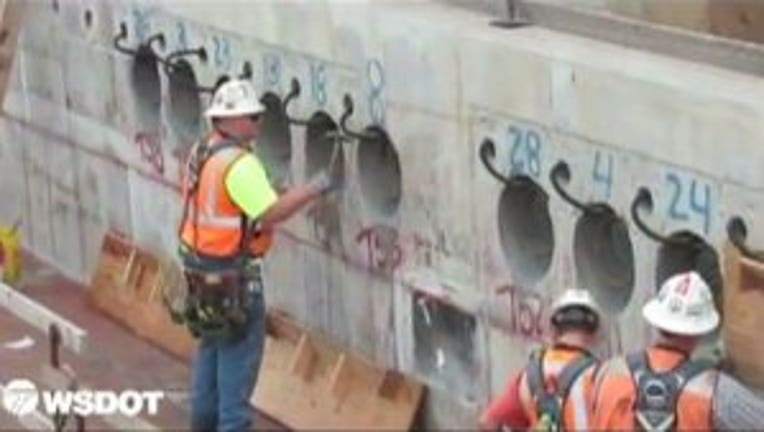 OLYMPIA -- Nearly a half a million dollars will be spent to study how Washington State Department of Transportation managers handle the 520 Bridge, State Route 99 tunnel and the Interstate 5 Columbia River Crossing projects, according to the Seattle Times.

The newspaper reported it learned of the plan through a public-records request.

Two men have been hired to head the megaproject study, the Times reported. Ron Paananen, who used to head up the 520 and SR 99 projects and now works for CH2M Hill, and  John Njord, a former Utah DOT executive director.

The study comes after taxpayers learned last fall that they'd be footing at least an extra $100 million for the 520 bridge project after problems were found with cracks in the new pontoons.